Apple (AAPL) Back in the “Trillion Dollar” Club, Closing In on Microsoft (MSFT)

After falling nearly 40% from its high point to its low point in the fourth quarter of 2018, Apple (AAPL) has come roaring back in 2019.  Earlier today the stock got within one percent of making a new all-time closing high.  You can see the action in the five-year chart for Apple below.  (Click here to view an interactive chart of AAPL.)  Start a two-week free trial to Bespoke Institutional to access all of our research and our popular interactive Chart Scanner and Trend Analyzer tools. 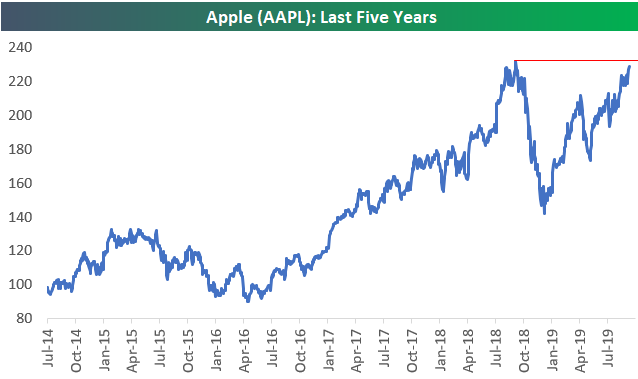 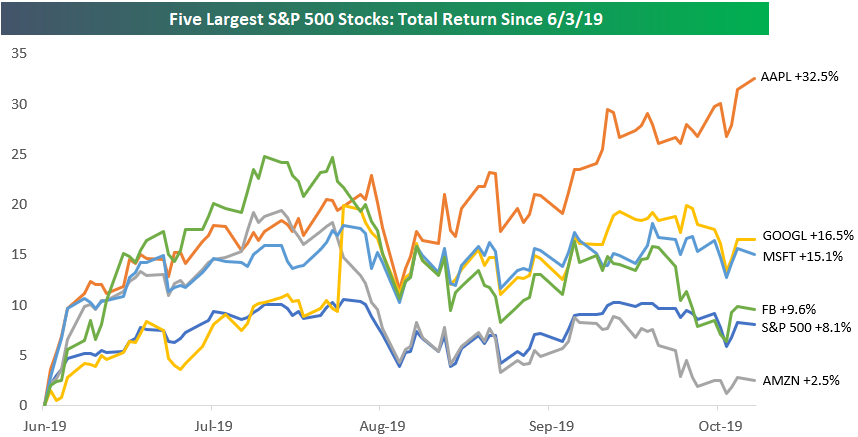 Apple’s (AAPL) recent gains have put the company back in the “trillion dollar market cap” club as well.  Right now the club only has two members — MSFT and AAPL.  While Microsoft (MSFT) still holds the title of “World’s Largest Company,” Apple is now hot on its heels.

Amazon (AMZN), Alphabet (GOOGL), Facebook (FB) and Berkshire (BRK/B) are the only other companies with market caps above $500 million, and then you have JP Morgan (JPM), Johnson & Johnson (JNJ), Visa (V), and Walmart (WMT) rounding out the top ten. 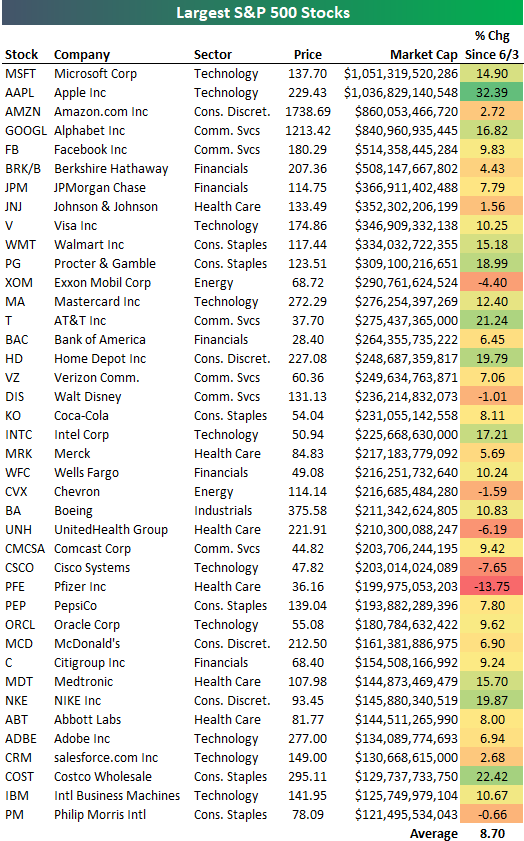