Another Week, Another New High In Claims

Prior to revisions, last week’s reading on jobless claims rose back up to 260K which was only 1K below the post-pandemic high from two weeks prior.  Although that number was revised lower by 12K this week, the latest week’s reading rose up to 262K. That marks the highest level for initial claims since mid-November and a level that would have been the highest since September 2017 excluding pandemic readings. 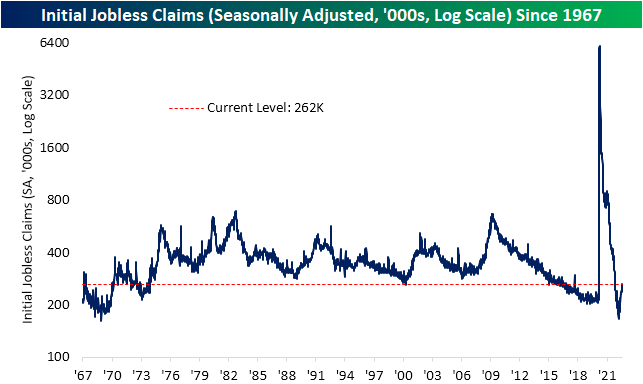 This time of the year is usually when initial claims tend to head lower from a seasonal perspective, however, in the current week that has less often been the case. That was also true this year as unadjusted claims rose back above 200K.  At 203.6K, claims are above the comparable weeks of 2017 through 2019. Looking forward to next week, it has historically been one of the best weeks of the year for claims.  The only year on record in which NSA claims have risen week over week for this specific week of the year was in 2020. 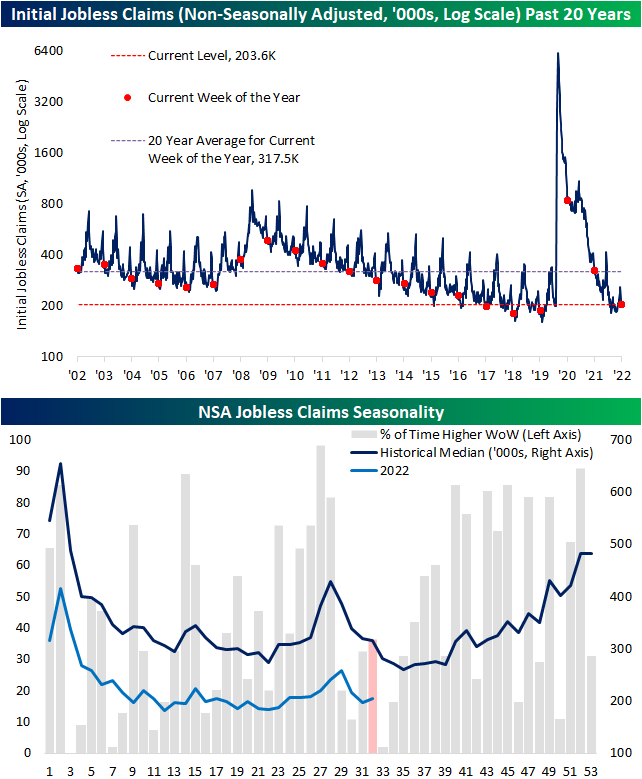 In last Thursday’s Closer, we highlighted just how large of a disconnect there has been between initial and continuing claims as the ratio of the two has surged to levels rarely seen in the history of the data.  Continuing claims continue to run at far healthier levels than initial claims with this week’s reading well below the lows of the several decades before the pandemic.  That being said, this week did see a modest increase to a new high of 1.428 million; the most elevated reading since the first week of April.  Click here to learn more about Bespoke’s premium stock market research service. 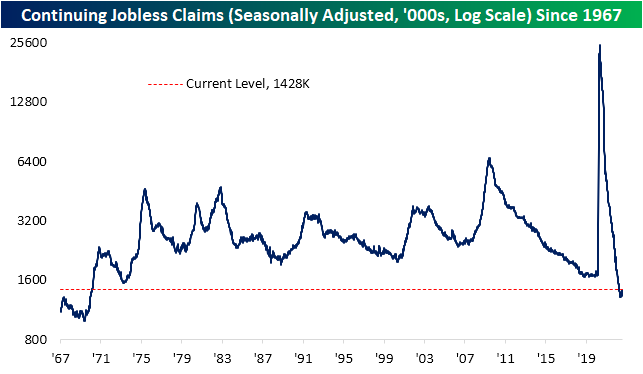