A massive number of people continue to file jobless claims with another 4.427 million initial jobless claims coming in this week.  Similar to last week, the good news is that was less than forecasts of 4.5 million and the 4.427 million number is a drop from the 5.237 million last week. In fact, that 810K decline is the second largest on record behind last week’s 1.378 million drop. Additionally, this week was the lowest print since the first claims number above 1 million for the week of March 20th.  The bad news is that regardless of the somewhat slowed pace on initial jobless claims, the numbers remain at historically unprecedented levels. 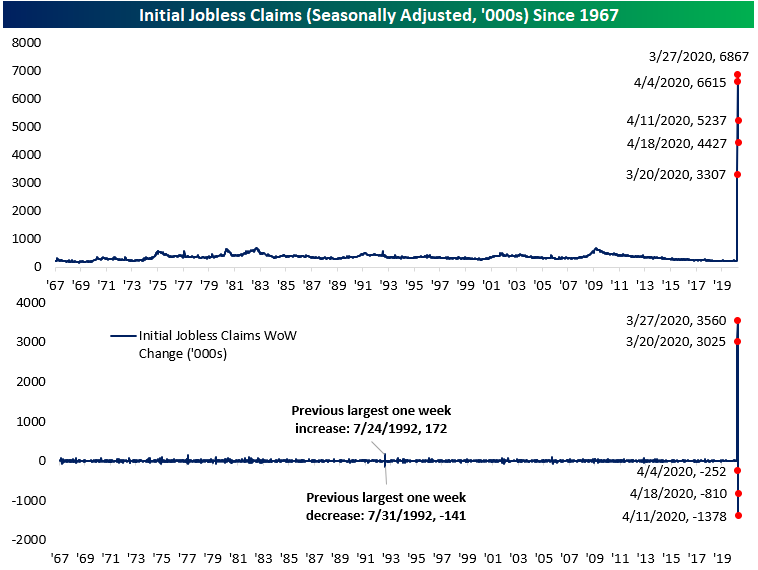 Before seasonal adjustment, this week saw 4.267 million claims filed compared to 4.965 million last week.  Again, while that number is still extremely high, the past two weeks have marked a significant deceleration. 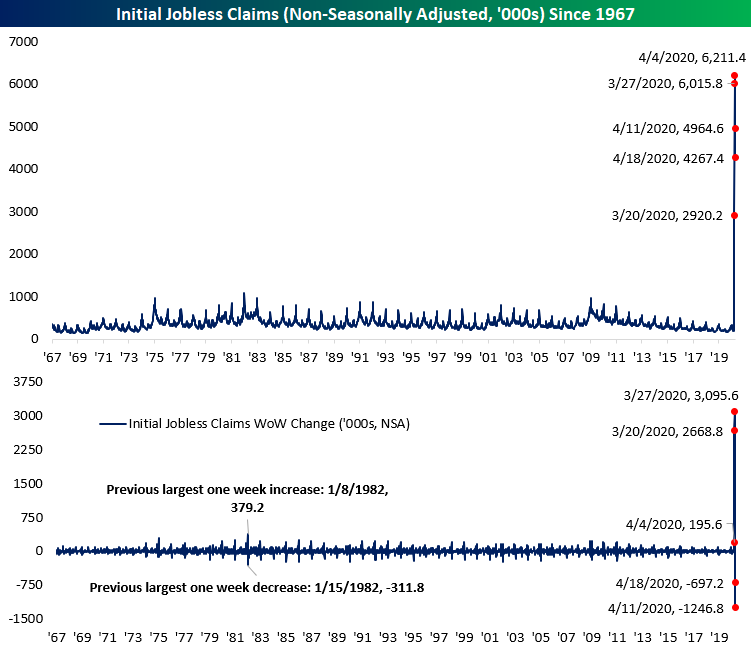 While the level of claims are off of their records from a few weeks ago, the moving average put in a new record high today.  The moving average has continued to grind higher reaching 5.786 million.  Granted, that 280K increase from last week was the smallest since the surge in claims began in late March. 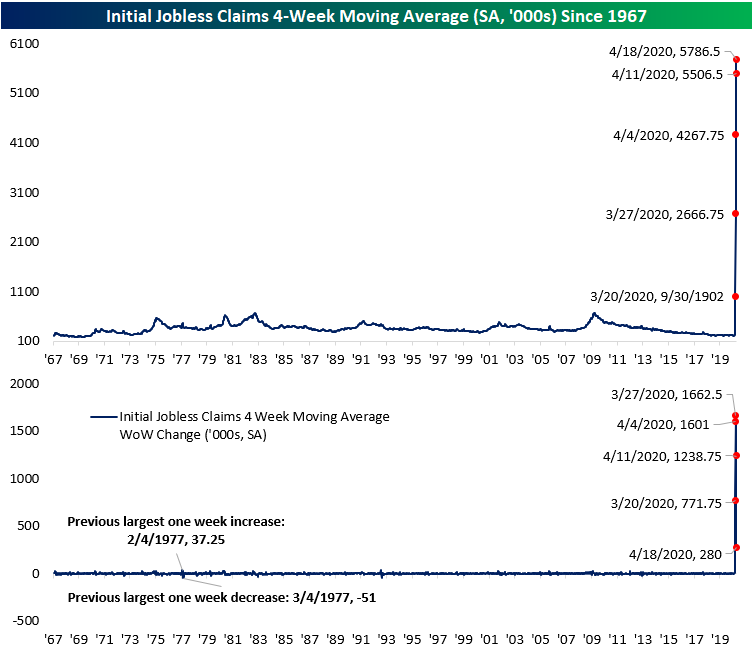 As previously mentioned, the pace of initial jobless claims have slowed for the time being, but that does not take away from the massive number of people reporting as jobless.  In total, since the beginning of March, just under 27 million Americans, or roughly 8% of the population, have filed initial jobless claims (seasonally adjusted).  Although they are released with a one week lag to initial jobless claims, continuing claims this week printed at their highest level on record at 15.976 million.  Start a two-week free trial to Bespoke Institutional to access our interactive economic indicators monitor and much more.