Another ROW Fake Out?

In terms of relative strength, it’s been a long decade for global equities outside of the United States.  In the aftermath of 9/11 through most of the first decade of the 21st Century, US equities lagged their global peers as European economic growth outpaced the United States. Since 2007, though, global equities have consistently underperformed the S&P 500.  While there have been brief periods where international equities had their time in the sun, clouds have always been quick to appear.

This past summer, the relative strength of the MSCI ex US index dropped to its lowest level since at least 1999. From the lows in August, we started to see another period where capital shifted back towards international stocks, but as shown in the lower chart, as the S&P 500 has been hitting record highs just about every other day in the last month, their global peers haven’t been able to keep up.  As a result of the underperformance, the nascent uptrend for international equities has started to breakdown.  If the prior low in relative strength from the summer doesn’t hold up, all of the goodwill that international stocks had built up in recent weeks will quickly melt away. Sign up for Bespoke’s “2020” special and get our upcoming Bespoke Report 2020 Market Outlook and Investor Toolkit. 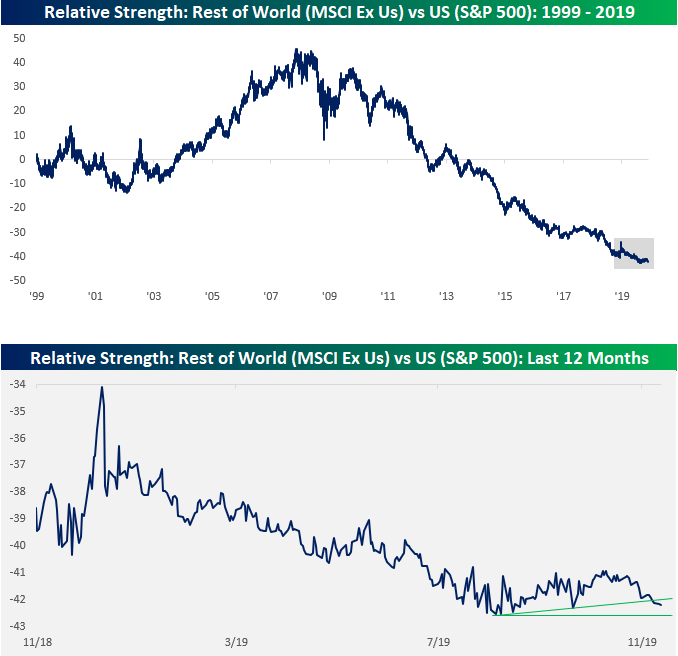