What an encore.  Following the largest decline ever and a record low reading in the Dallas Fed’s Manufacturing index for March, April’s fared even worse as the headline index fell even further, dropping from -70 to -73. Although that is a new record low and far from a sign of good conditions in that region, it wasn’t as bad as the consensus reading of -75. 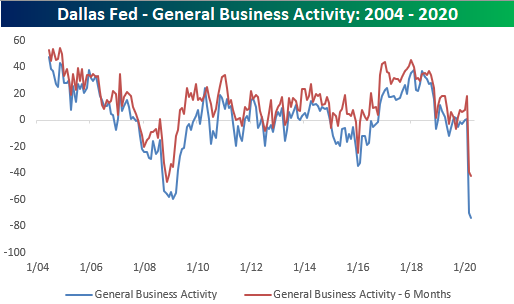 That thin silver lining aside, this month’s report was broadly weak.  In addition to the headline number, the indices for current conditions on Production, Capacity Utilization, New Orders and New Order growth, and Shipments were all at their lowest levels ever (since 2004), and the six-month outlook indices for Company Outlook and Wages and Benefits were also both at record lows.  As for the rest of the categories, if they were not at a record low they were close with most coming in at the 5th percentile or lower of all readings. 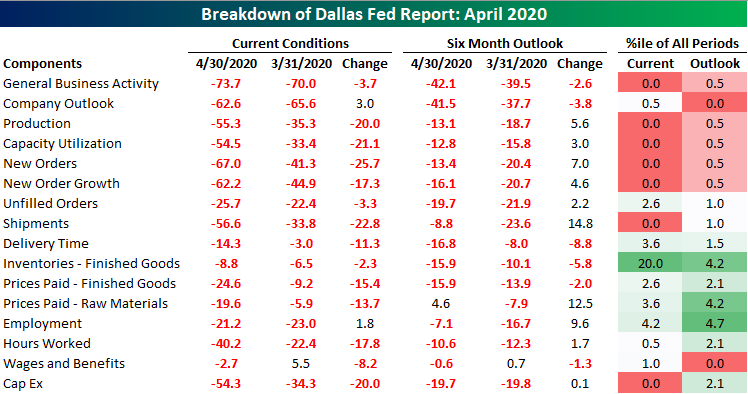 As we have frequently highlighted over the past month for other regional Fed indices, demand has been absolutely crushed.  Each of the categories for demand like those for new and unfilled orders and shipments have completely collapsed. On the bright side, although they still remain low and the increases were small, there was a slight pickup in the outlook indices across these indicators in April. 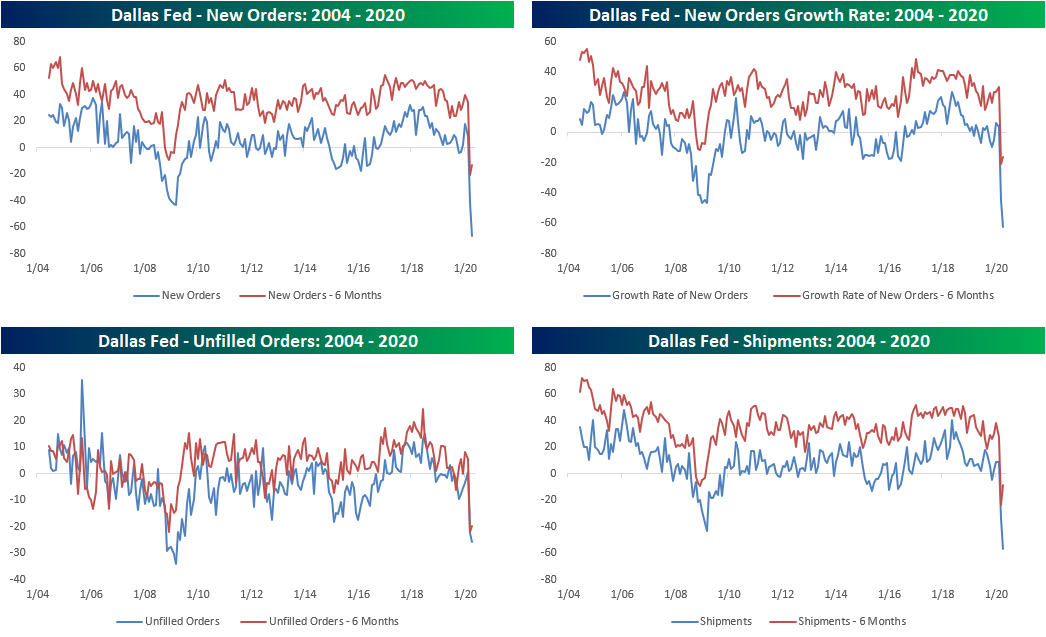 The same can also be said for the categories covering employment.  Outlook six months ahead for Employment and Hours Worked both picked up in April.  Albeit, these are still around some of their lowest levels since the global financial crisis, and the index for current hours worked continued to fall in April as shutdowns remain in place. Start a two-week free trial to Bespoke Institutional to access our interactive economic indicators monitor and much more.