The latest regional manufacturing index out of the Richmond Fed was released today covering the month of January. Whereas the Empire Fed reading plummeted and the Philly Fed bounced, the Richmond Fed’s index more went the way of the former. The index was cut in half falling 8 points to a level of 8. The current level continues to indicate expansionary activity but at a slower rate. 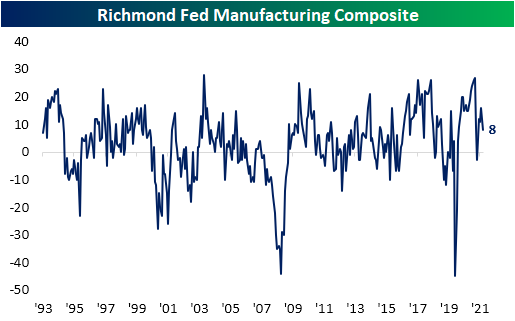 Breadth was weak in the report with most categories falling month over month across both current conditions and expectations.  A handful of these were historically large declines too. For example, the decline in the Service Expenditure expectations index was the largest on record. Whereas last month many categories saw readings in the upper few percentiles of their historical ranges, this month most were more middling. But there are some exceptions as prices, vendor lead times, and wages all remain at or close to record highs. 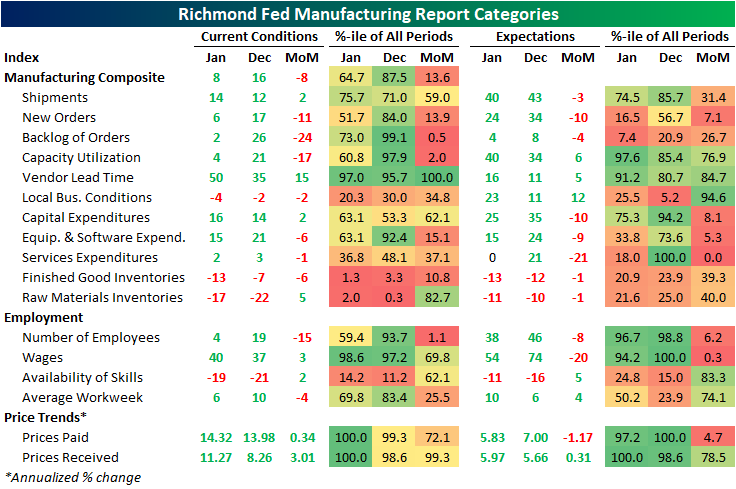 Growth in new orders slowed significantly. The 11 point drop ranks in the 13th percentile of all monthly changes. The drop in backlogs was much more dramatic, though, with its 24 point decline ranking as the third-largest on record. Even though shipments accelerated, so too did vendor lead times with a record 15 point MoM increase. While there was that sharp increase, the index remains below the levels it sat at for most of last year. 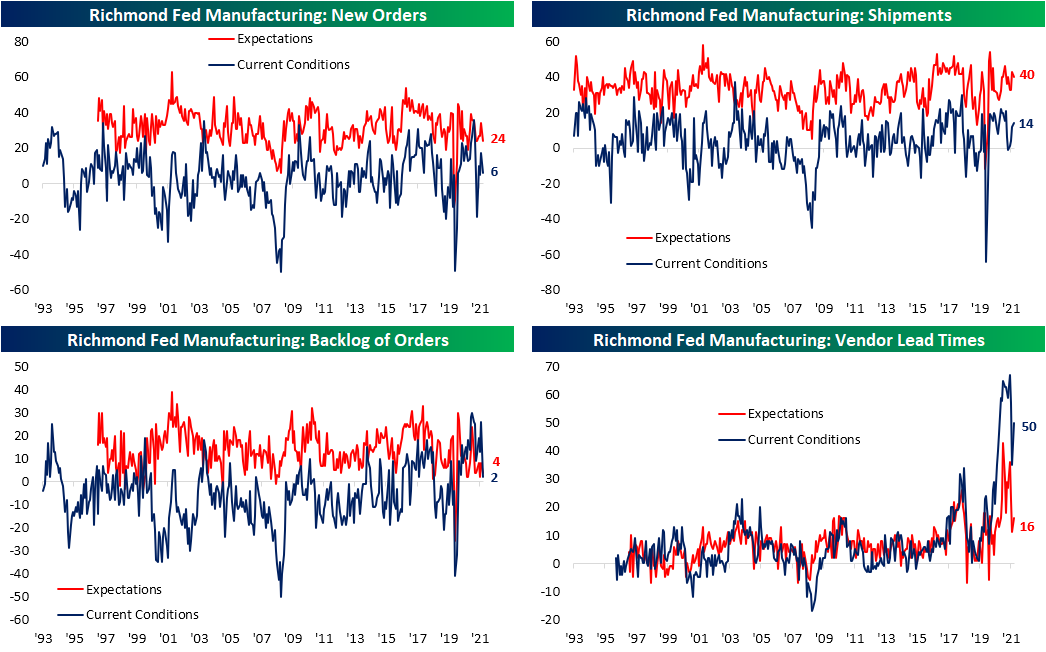 Another area to experience a sharp decline in January was the index for the number of employees. The 15 point decline ranks as the sixth-largest on record indicating a rapid deceleration in hiring.  The average workweek also declined meaning existing employees worked fewer hours. The index tracking the availability of skills continued to recover off of historic lows, but the current levels still point to a large talent gap. Wages also saw a minor bump this month, but expectations fell sharply with the month-over-month decline tied for the second-largest drop on record. 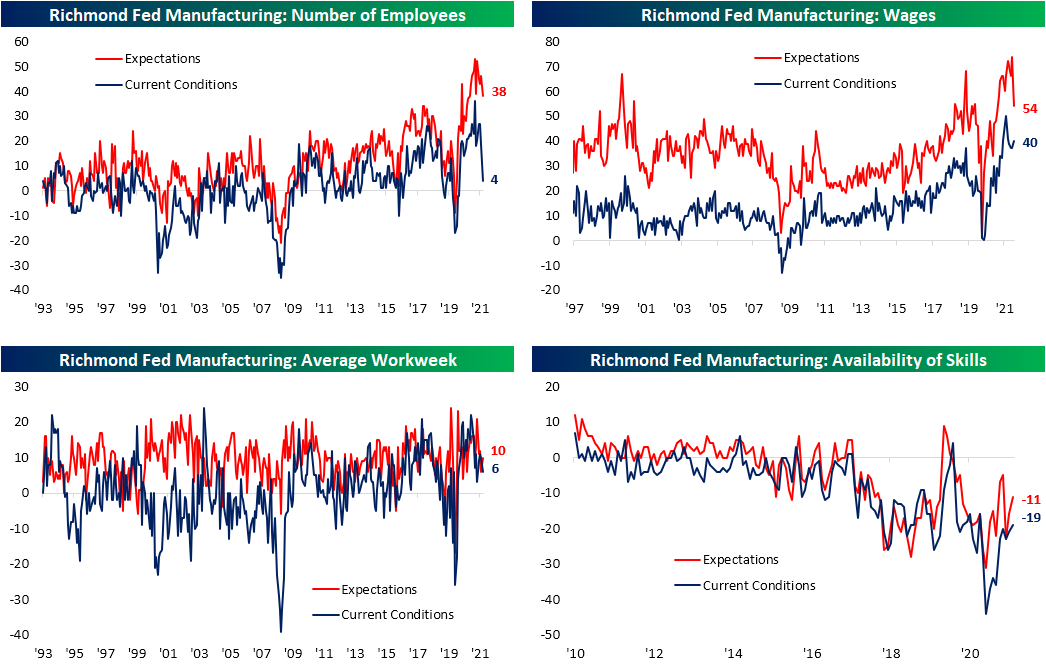 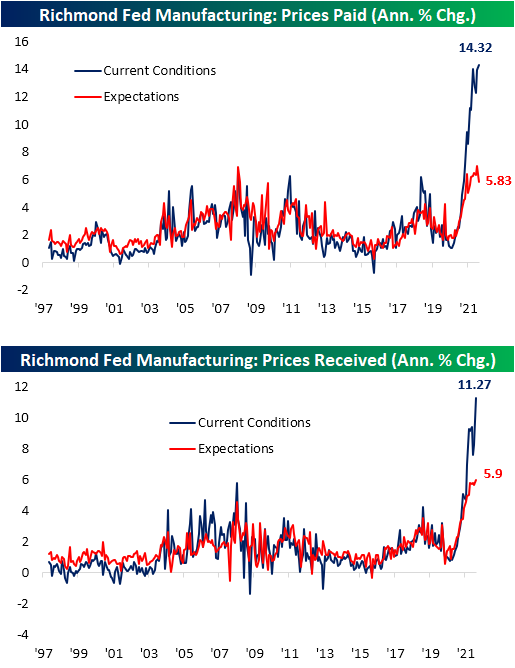