Another Disappointment From Jobless Claims

After last week’s larger than expected 146K increase in jobless claims, economists were expecting to see an improvement this week with claims falling back down to 818K.  Instead, claims unexpectedly moved even higher rising to 885K.  That is the highest print for initial claims since the first week of September’s reading of 893K.  Claims are now up around 169K in the past two weeks, the largest increase since the start of the pandemic. 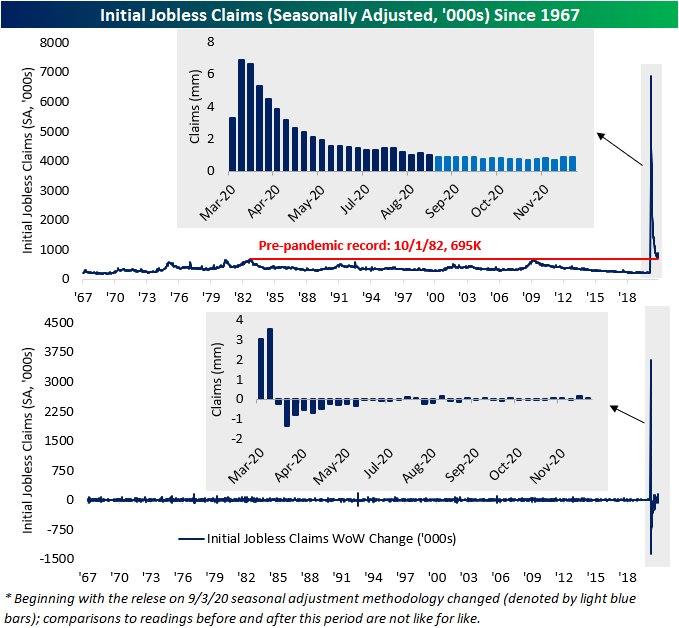 On a non-seasonally adjusted basis, the picture was slightly better.  Unadjusted claims were actually slightly lower week over week falling down to 935.1K from 956.5K.  Granted, that reading is still elevated at one of the highest levels since late July. Additionally, the current week of the year has typically seen a move lower; in all years since 1967, the 50th week of the year has seen a week over week decline 89% of the time averaging a 40K drop. That means the improvement in the unadjusted number could, to a degree, be chalked up to seasonality. 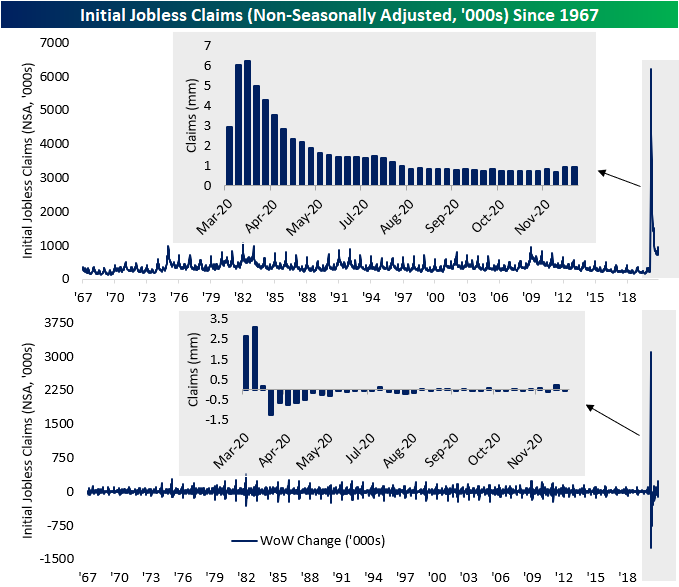 While unadjusted regular state claims fell, the inclusion of other programs like Pandemic Unemployment Assistance (PUA) worsens the overall picture.  Total claims between the two programs rose to 1.390 million from 1.371 million last week which is the highest level of claims since the week of September 18th. Obviously, PUA claims drove that increase as they rose to 40K WoW to 455K.  Like total claims, that is the highest print for PUA claims since September. 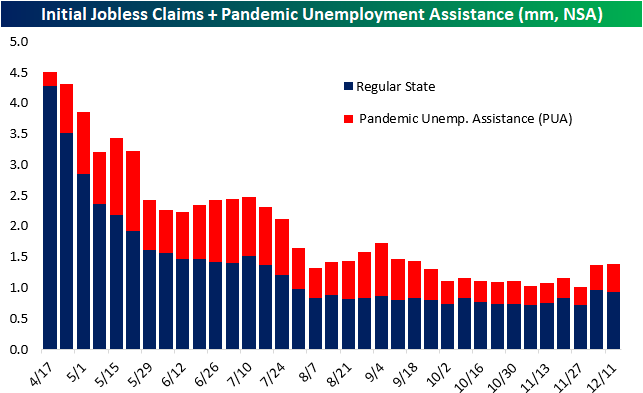 Despite last week’s massive increase in initial claims, continuing claims for the week of December 4th (lagged one week to the initial claims data) resumed its move lower falling to 5.508 million. That reversed the prior week’s (November 27th) uptick to 5.781 million, surpassing the pandemic low of 5.527 million from the week of November 20th in the process. 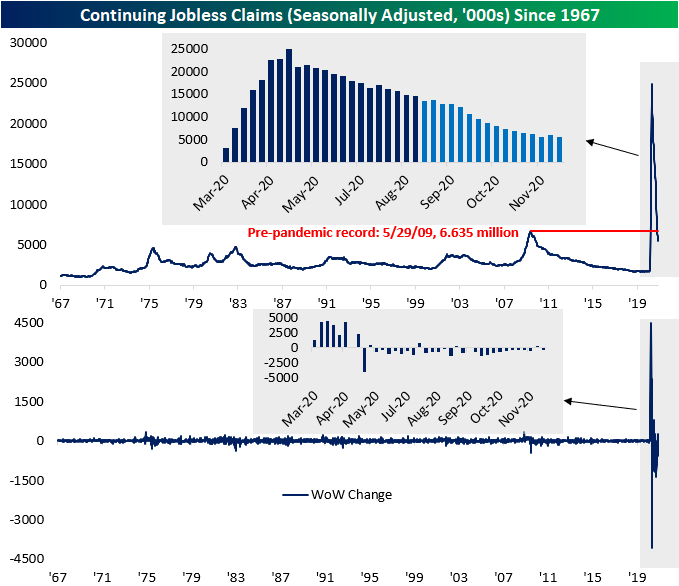 Including all programs adds yet another week of lag meaning the most recent data for all programs is for the last week of November; the same week as the previously mentioned uptick. During that week, not only did regular state programs see a significant increase, but so too did PUA claims which rose back above 9 million.  That was as extension programs like Pandemic Emergency Compensation (PEUC) and Extended Benefits also rose to new respective pandemic highs.  These programs also continue to account for more than a quarter of total claims.  In other words, the uptick in the final week of November was broad across programs resulting in the sum of all programs to rise back above 20 million after just a week below that level.  Click here to view Bespoke’s premium membership options for our best research available. 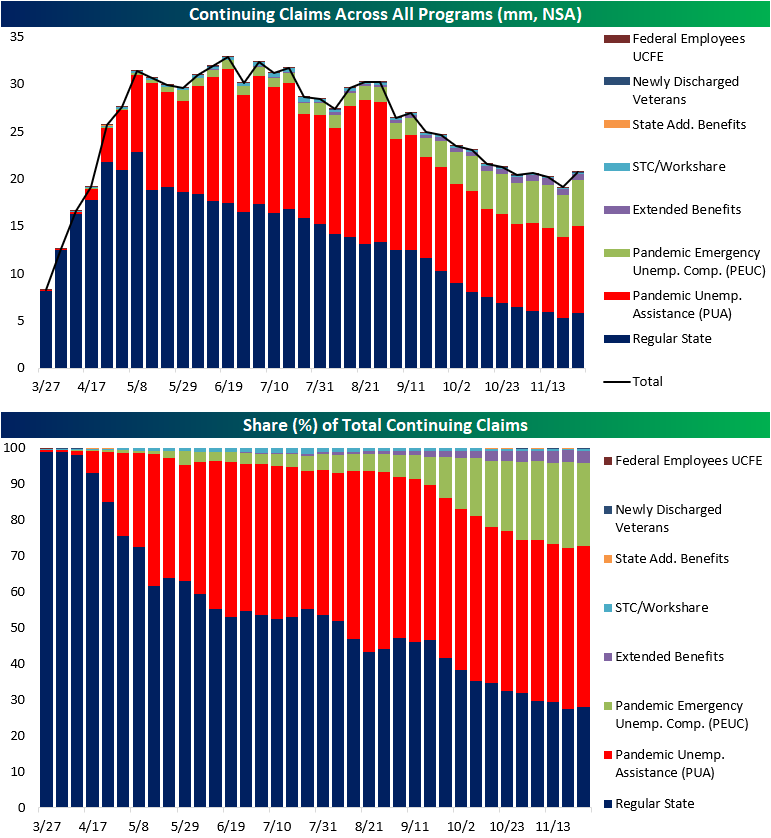