Just like last week’s release of the Empire Fed Manufacturing report, this morning’s reading on the manufacturing sector from of the Dallas Fed saw a much stronger than expected reading.  Rather than the forecasted reading of 5, today’s release more than tripled those estimates coming in at 17.2. Since at least 2009, that is the fifth biggest beat relative to forecasts on record. The last time the Dallas Fed report’s headline reading exceeded expectations by this much or more was back in June, coming out of the depths of lockdowns. That reading of 17.2 indicates the region’s manufacturing sector not only grew for a seventh consecutive month but also accelerated in February.  Meanwhile, firms remain optimistic for their future as the future outlook index rose to the highest level since October of 2018. 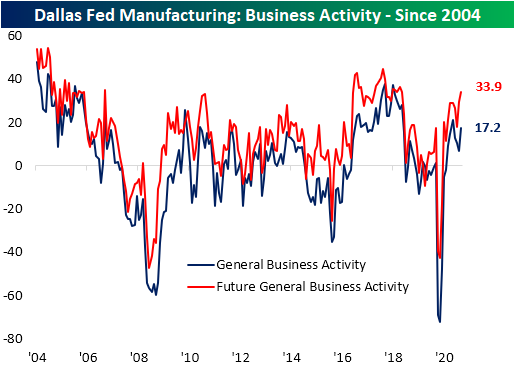 Breadth in this month’s report was broadly positive though there were some areas of weakness. For the current conditions indices, every category with the exception of Inventories continued to show expansionary readings. Alongside inventories, only those categories concerning employment saw lower month-over-month readings.  Additionally, the index for uncertainty experienced a sizeable 10.8 point decline.

Again, most indices in the table above did move higher in February including all of those concerning demand.  Indices for things like New Orders, the New Order Growth Rate, Shipments, Capacity Utilization, and Production were all higher in February though they remain off their peaks from several months ago.  One exception though is for Unfilled Orders.  That index more than doubled rising to 12.4 which is the highest level since July of 2018. That is also in the top 2.5% of all readings throughout the history of the survey dating back to 2004. Altogether, this means that orders came in at a more rapid pace in February leading order backlogs to grow at a historically strong rate. 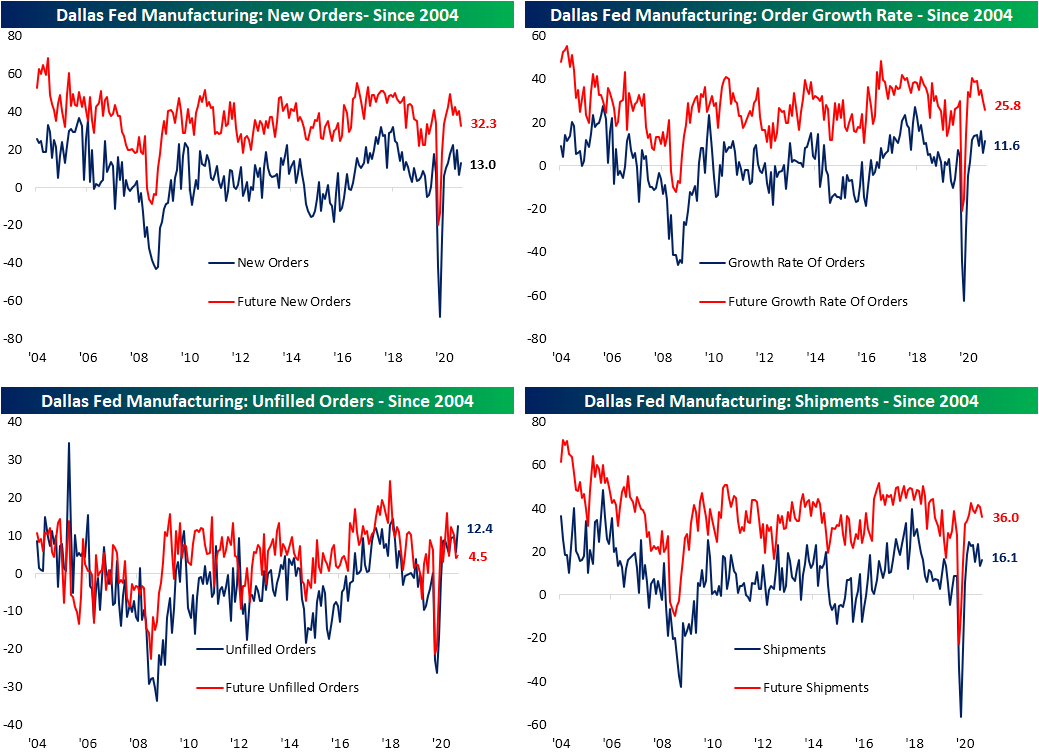 Consistent with other readings on the manufacturing sector of late, the Dallas Fed’s report showed both prices paid and received are accelerating.   Starting with the former, the index for Prices Paid rose another 2.4 points to 57.4.  That is the seventh straight month over month increase for that index; a new record for most consecutive months with higher readings taking the index to its highest level in nearly a decade.

While Prices Received are also on the rise with that index moving up to a reading of 23, they are not as historically elevated with the February number only the highest level since June of 2018. Granted, expectations would point to Prices Received more closely resembling Prices Paid at some point down the road. The index for future Prices Received rose to 44.9 which is the fourth highest reading on record behind September and October of 2005 and July of 2008. 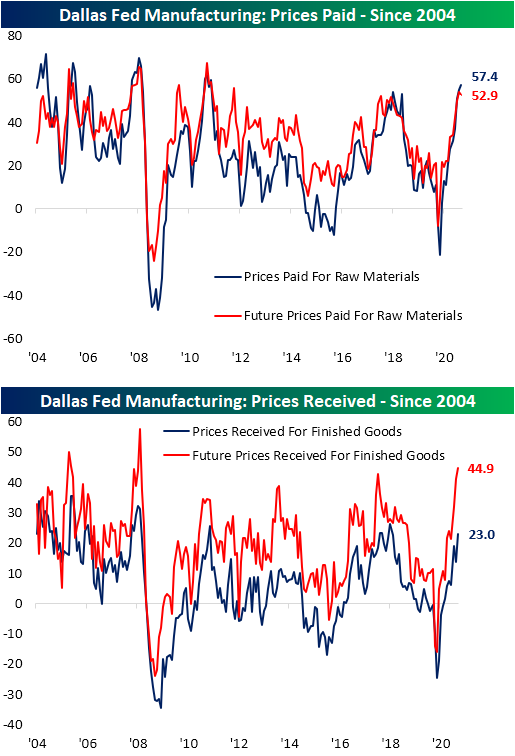 As previously mentioned, perhaps the weakest area of the report this month concerns employment.  Most of these indices continue to indicate further employment growth in terms of the Number of Employees, Hours Worked, and Wages & Benefits, but the pace of improvement decelerated in February. While current readings on Wages and Benefits saw slower growth, though, expectations are far more elevated.  That index rose to 52.1 which is in the top 5% of all readings in the history of the index.  Click here to view Bespoke’s premium membership options for our best research available. 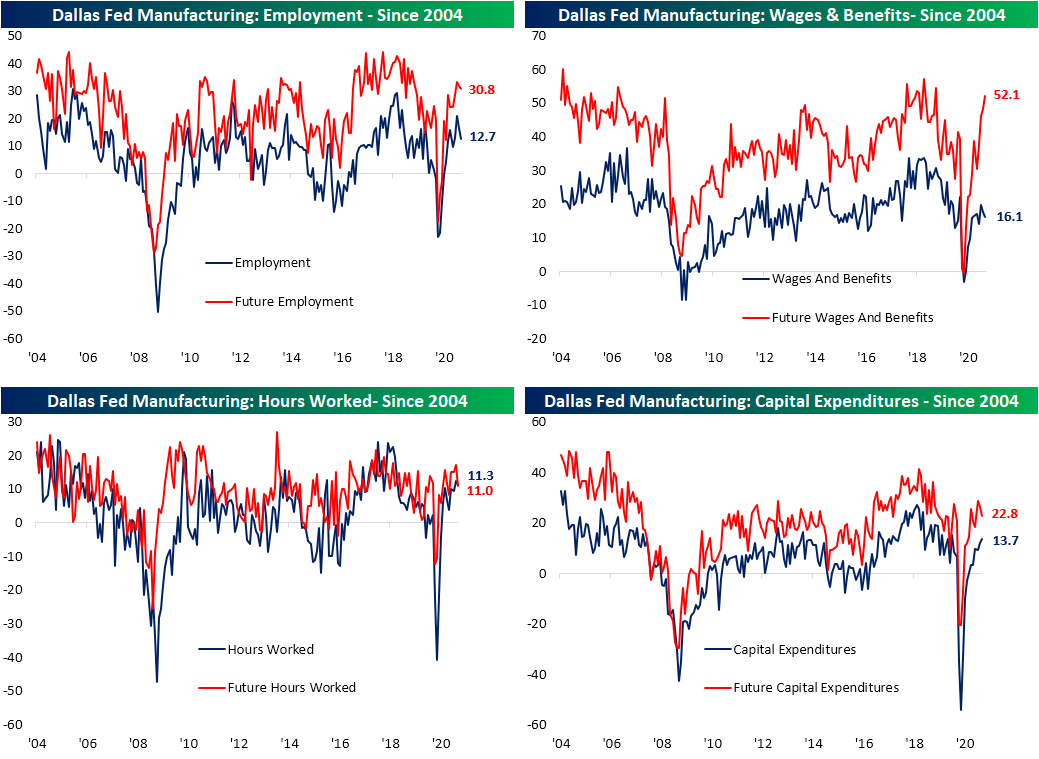