And Then There Was One…Chicago

The monthly S&P/Case-Shiller home price numbers for June were published earlier this week and showed a continued surge in home prices.  As shown below, 12 of 20 cities tracked saw month-over-month gains of more than 2%, while Phoenix, Las Vegas, Tampa, and Dallas saw MoM gains of 3%+.  New York was the only city that failed to see a MoM gain of more than 1%. 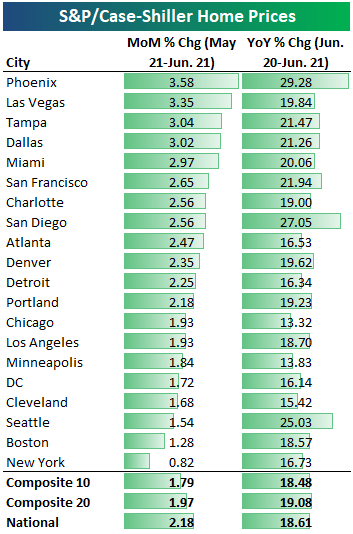 We’ve been waiting to see how long it would take for all of the cities tracked by S&P/Case-Shiller to eclipse the highs in home prices that were made during the housing bubble of the mid-2000s.  While many cities like Denver and Dallas passed their prior all-time highs as long ago as 2013, some cities like New York, Miami, Las Vegas, and DC didn’t make new all-time highs until recently after the pandemic hit.

Below is a look at where home prices currently stand relative to their prior housing bubble highs.  Every single city except one — Chicago — has now eclipsed its mid-2000s highs.  Las Vegas was the most recent to make a new all-time high in June.  Prices in Vegas are now 2% above where they were at their peaks in late 2006.  And in 2006, prices had gotten pretty ridiculous in Vegas!

While Chicago is the only city tracked by S&P/Case-Shiller where prices are still in the red versus prior highs, they’re now only 1% away from a new high, and we’ll probably see that new high when the next Case-Shiller report is released later this month. 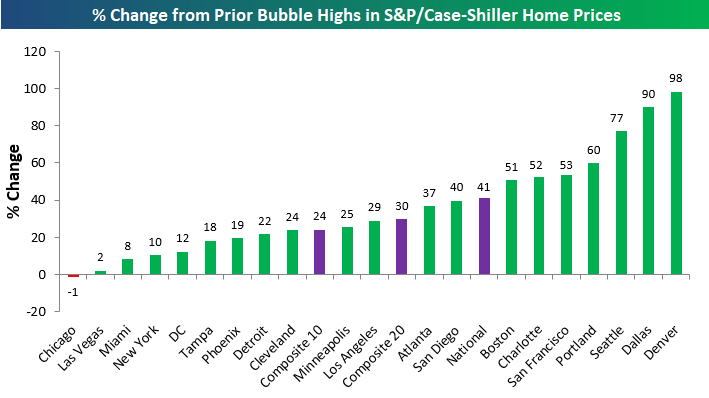 Below are S&P/Case-Shiller home price index charts for all of the cities tracked along with the three composite indices.  Chicago is the only city not currently trading at an all-time high. 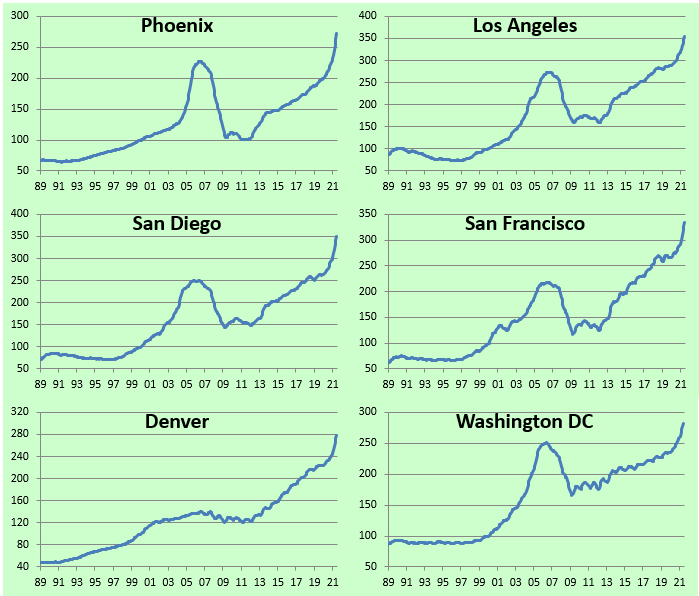 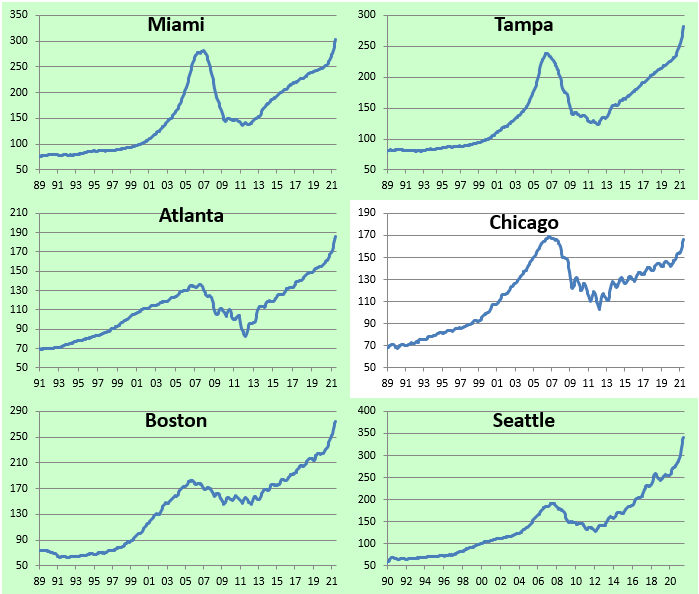 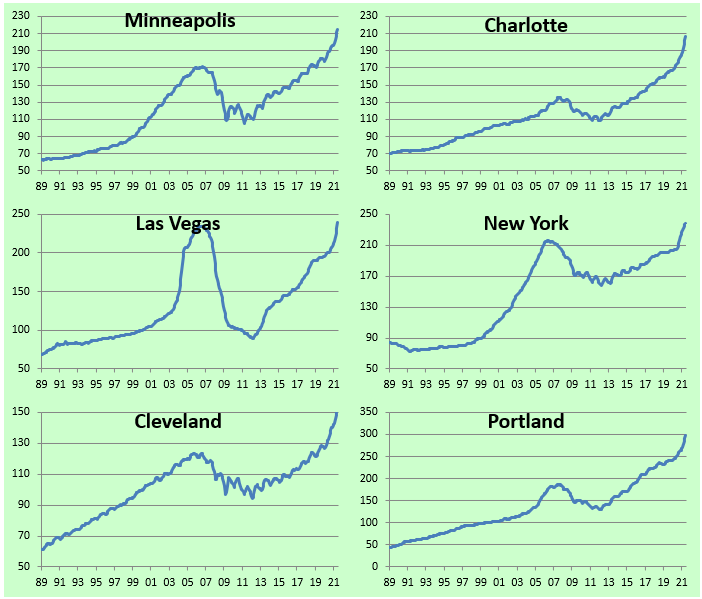 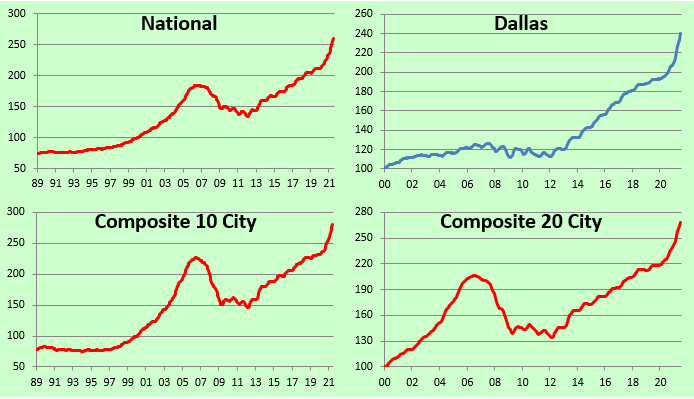 Finally, the chart below shows how much home prices have risen since COVID hit.  Most cities have seen home prices rise between 19-23%, but Phoenix, San Diego, and Seattle have been standouts with gains of more than 30%.  On the lower end of the spectrum, New York and Chicago have seen the smallest gains at 17%.  Click here to view Bespoke’s premium membership options. 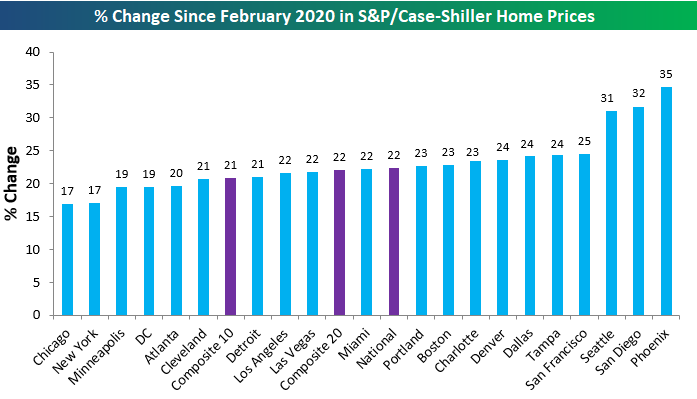