The majority of global equity markets tracked in our Global Macro Dashboard found a short-term bottom at some point in late October including the US.  As shown below, of the 23 ETFs tracking each of these countries’ equity markets, nearly all are up double digits since the end of October.  A dozen have risen over 20% and Brazil (EWZ) has risen more than any other country, gaining over 40%.  China (MCHI), on the other hand, is the only hold out as it has risen just 3.44% over the past month and a half. Given these moves, most of these ETFs are overbought as defined as trading at least one standard deviation above their 50-DMAs. Only Hong Kong (EWH) and China (MCHI) are not overbought by this measure while India (INDA) is currently the most overbought ETF trading 1.92 standard deviations from its 50-DMA. That is even though it is at the low end of the performance range of these country ETFs listed. Top-performing Brazil, on the other hand, is the second most overbought ETF trading 1.85 standard deviations above its 50-day. In percentage terms, Brazil is also the ETF trading the furthest above its 50-DMA. 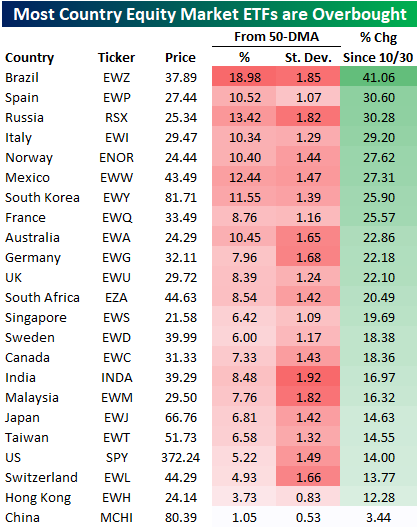 In the charts below, we show the trading range charts of each of these ETFs over the past six months.  As shown, most are fairly elevated at or near some of the highest levels of the past six months. With that being said, there are some country ETFs that have seen a bit of a drift lower in recent days and weeks.  For example, France (EWQ), Hong Kong (EWH), and Singapore (EWS) have all made a move lower within their respective trading ranges recently even though they are still overbought.  Similarly, Sweden (EWD) has been more or less trading sideways since late November. The same had been true for Switzerland (EWL) and Norway (ENOR) until they began to break out to the upside in recent days.  Click here to view Bespoke’s premium membership options for our best research available. 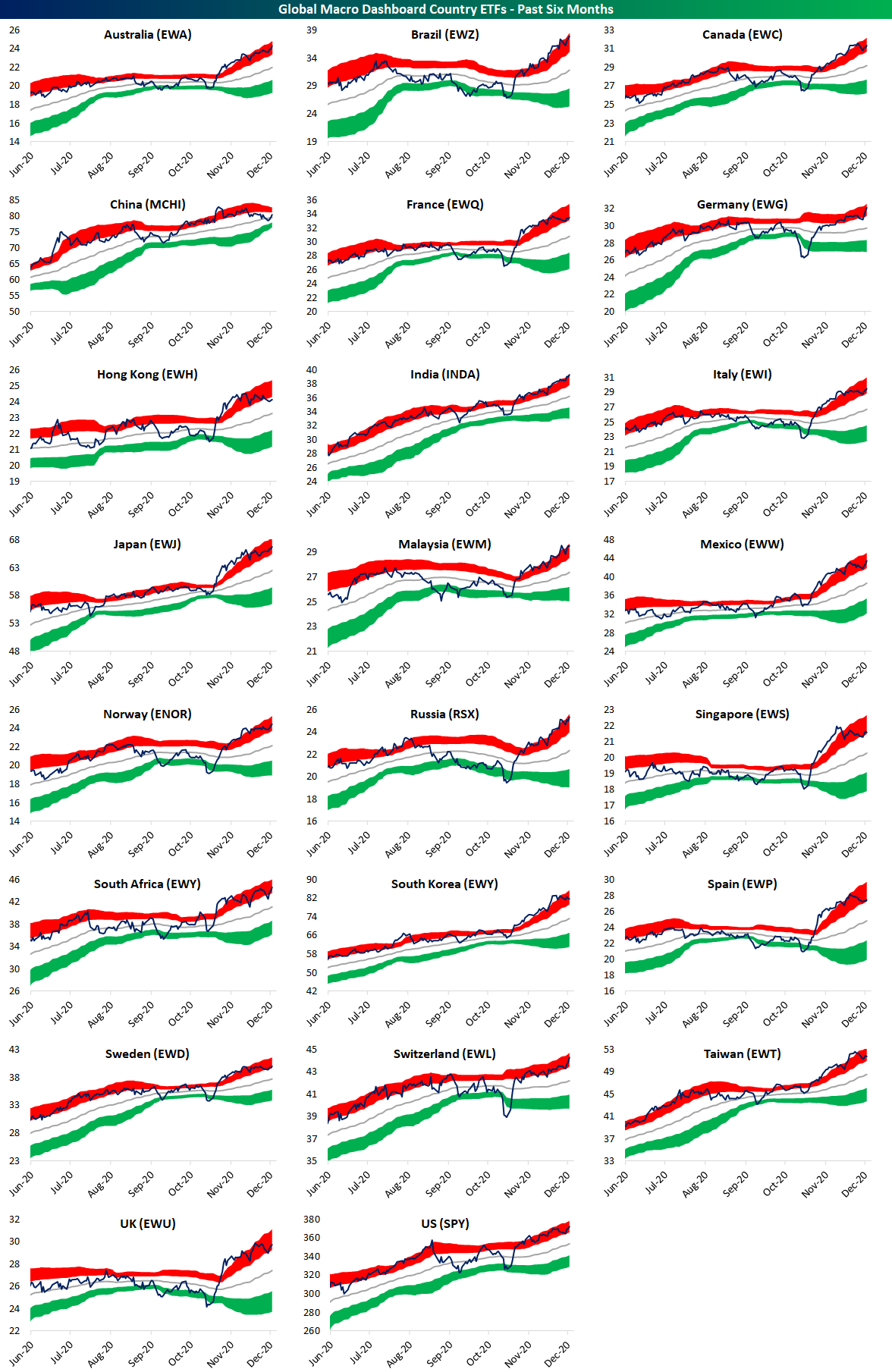