Above Average Volumes on a Low Volume Day

As could be expected due to the shortened session following the Thanksgiving holiday, volumes were very light on Friday.  For the S&P 500 (SPY) which declined 40 bps, volumes on Friday were just 62.7% of the 50-day average.  In the S&P 1500, there were just 32 stocks that saw above-average volumes.  Below is snapshot of them from our Biggest Movers tool, which traders use daily to see the S&P 1500 stocks that rose and fell the most, the highest/lowest volumes relative to their 50-DMAs, and overbought and oversold levels.

Of the 32 stocks that saw above-average volumes on Friday, Tech Data (TECD) rose the most with a 12.32% gain.  It was also the best performing stock of the entire S&P 1500 index on Friday.  Arlo Technologies (ARLO) also surged on Friday rising more than 8%.  While TECD is now extremely overbought with this move, ARLO is not even one standard deviation from its 50-DMA as it was coming off of extremely oversold levels.  On the other hand, RLI (RLI) fell the most of the stocks that saw above-average volumes.  While TECD was the best stock in the index, RLI was the fourth worst.  Most other high volume stocks on Friday experienced more modest price changes. 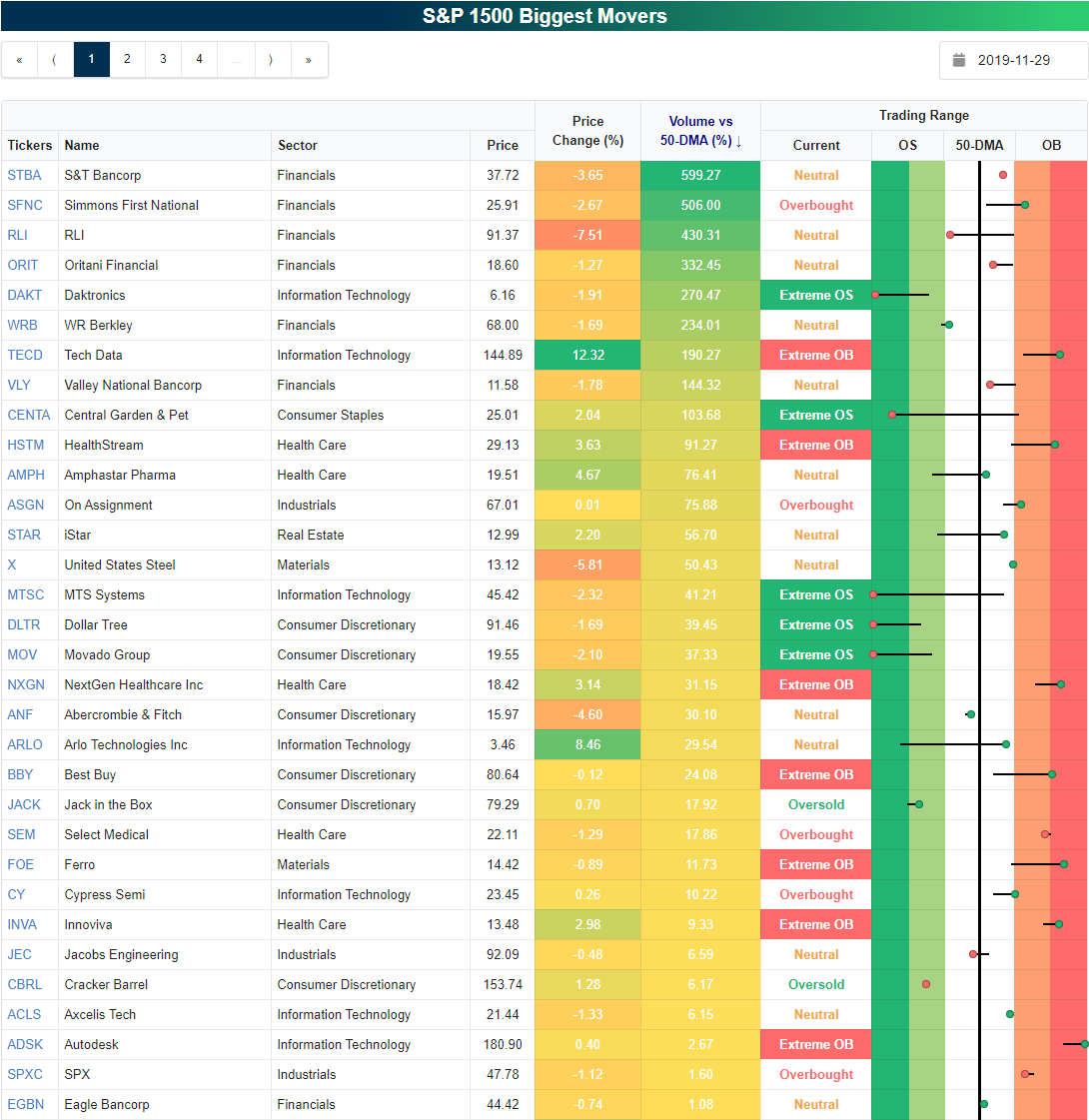