The S&P 500 has been fighting to regain some of its lost ground in the past week working its way out of oversold territory at yesterday’s close in the process. As a result, investor sentiment has taken a more optimistic tone this week as the AAII sentiment survey showed the percentage of respondents reporting as bullish climbed back above 30% for the first time since the first week of the year.  In total over the past two weeks, bullish sentiment has now risen 11.2 percentage points. While improved, that still leaves bullish sentiment several percentage points below its historical average of roughly 38%. 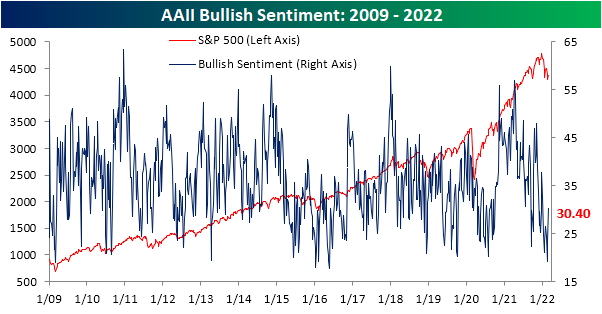 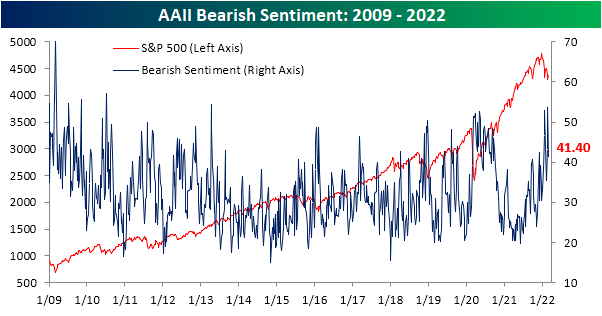 In spite of the big drop to bearish sentiment, they continue to heavily outnumber bulls with an 11 point spread between bullish and bearish sentiment. That is improved from last week’s reading of -30.3 but remains at the low end of the recent range. 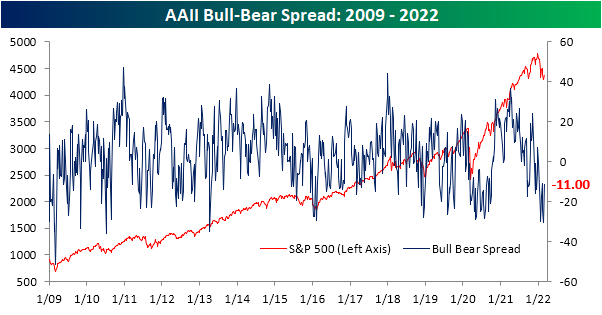 While the AAII survey results showed an improvement in sentiment, other sentiment surveys showed the opposite.  The Investors Intelligence survey saw the lowest reading on bullish sentiment since February 2016 and the NAAIM Exposure index showed investment managers are basically market-neutral as the index saw the lowest reading since the COVID crash. Combining all of these readings into our Sentiment Composite, the gains to AAII sentiment in the past couple of weeks has brought the composite off the lows, but current levels are still some of the most bearish of the past decade.  The only lower readings were in the spring of 2020 and early 2016.  Click here to view Bespoke’s premium membership options. 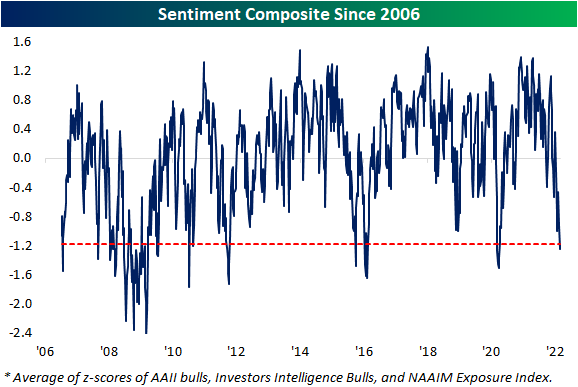