While the S&P 500 and other major indices are being pulled lower today, the past week has generally seen them reverse some of January’s losses, and as a result, sentiment has become modestly more optimistic.  The AAII sentiment survey showed bullish sentiment tip back above a quarter of respondents in the most recent week rising to 26.5%. 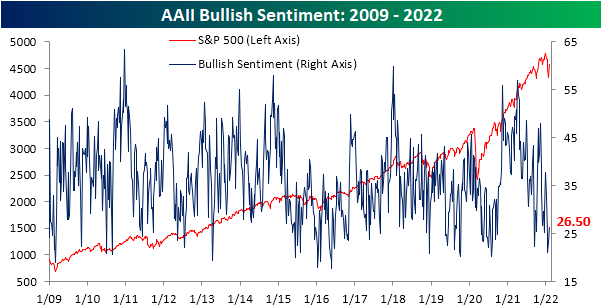 Bearish sentiment meanwhile fell back to 43.7% after hitting the highest level since April 2013 last week. 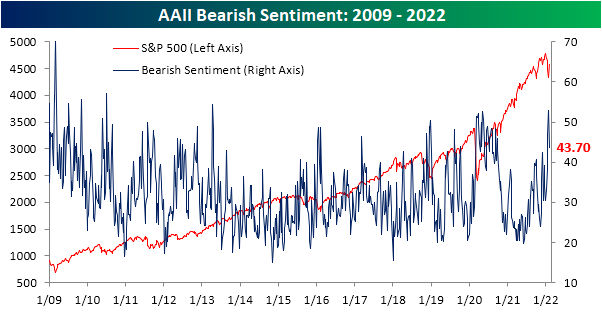 While bulls and bears both moderated in the most recent week’s survey, investor sentiment remains largely bearish. The bull-bear spread rose but remains deeply negative at -17.2.  At that level, the bull-bear spread remains in the bottom 8% of all readings in the history of the survey. 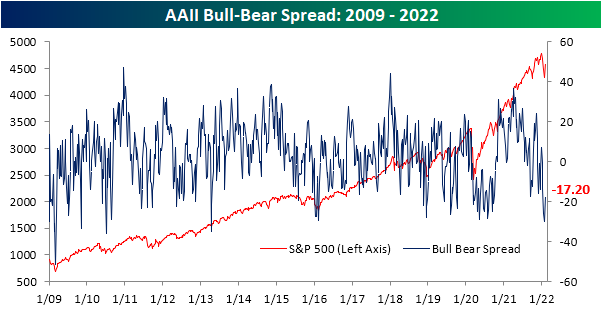 While bulls did borrow from the decline in bearish sentiment, a larger share reported neutral sentiment this week.  That reading rose six percentage points to 29.9% which is the biggest increase since the second week of December, but that level is still below the 30%+ readings that were common throughout the final quarter of 2021. 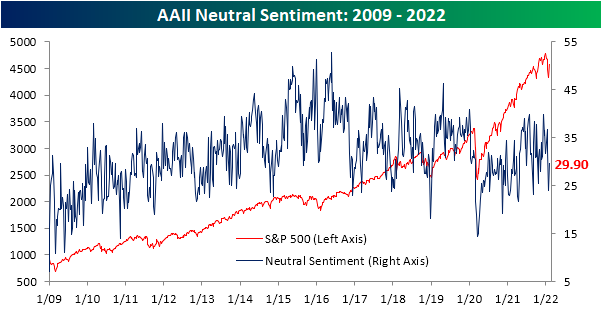 Other sentiment surveys like the Investor Intelligence survey of equity newsletter writers and the NAAIM Exposure Index, also saw a rebound in bullish sentiment this week which led our sentiment composite to regain some of the recent large declines. As with the AAII survey though, sentiment remains at a fairly bearish level in spite of this week’s improvements. Click here to view Bespoke’s premium membership options. 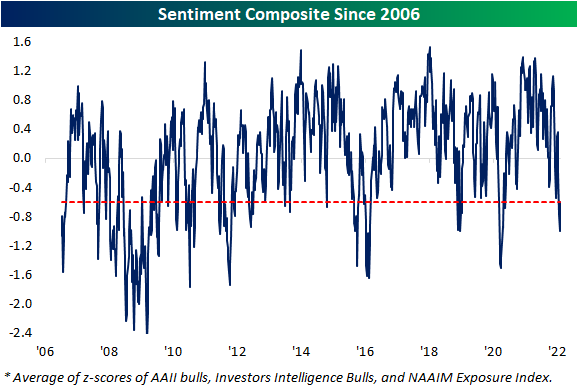