As unrest has erupted around the country this year, Federal background checks for firearms have been rising to record levels. Just three months ago, in June, there were a record 3.931 million background checks.  In July that total declined by nearly 300K to 3.639 million.  Figures for the month of August were released earlier today and showed an additional decline of 524K to 3.115 million.  While August’s decline was the largest m/m decline in background checks going back to 1998, the total number of background checks was still the 6th highest monthly total on record, and all but one (December 2015) of the five months that saw larger numbers of background checks were all this year (March, May, June, and July). 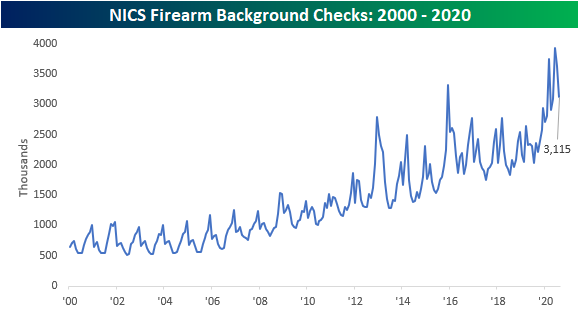 Despite what was one of the largest monthly declines on record, the y/y change in background checks was still more than 30% which while down from the 79% y/y rate in July is still a blistering pace. Start a two-week free trial to Bespoke Institutional to access all of our research and interactive tools. 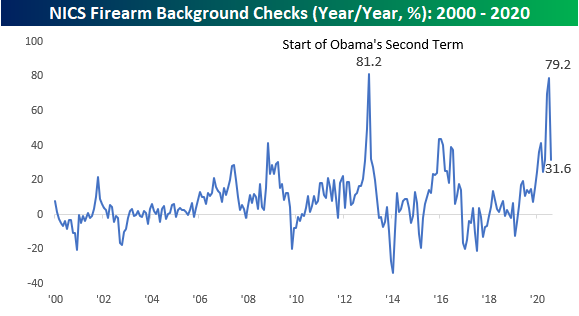