A Blowout Year For Treasuries 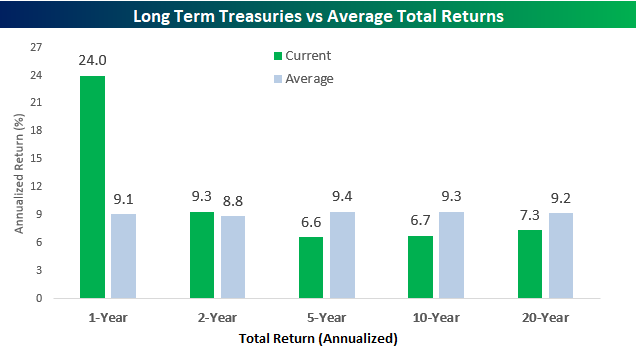 The chart below shows the rolling 12-month total return of long-term US treasuries going back to 1978.  The recent surge in performance of Treasuries has taken returns to their highest levels since late 2015 and before that 2012.  In fact, compared to all other 12-month rolling returns, the current gain of 24% ranks in the 90th percentile.  Not a bad year at all!  Start a two-week free trial to Bespoke Institutional for full access to our research and market analysis.