Energy stocks have roared higher since the beginning of 2022, gaining a whopping 38.8% in less than three months (as of yesterday’s close). This comes on the back of sharp moves higher in crude, thus implying higher margins and increased bottom line earnings per share. During the pandemic, energy stocks were among the most hurt, as a reduction in travel and economic activity led to a crash in oil markets. Although the YTD gain is certainly substantial, investors that have held energy stocks since mid-2008 are still in the red. The energy sector ETF (XLE) is still 23.0% off of its high price since the turn of the century, which occurred in June of 2014. As you can see from the chart below, XLE has broken its long-term downtrend and is nearing a breakout above 2018 levels. To retest the high of the century, XLE would need to gain another 29.8%. 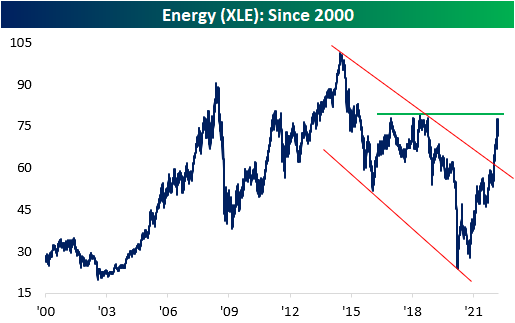 On March 11th of this year, the relative strength reading of XLE vs the S&P 500 (SPY) since 2000 turned positive for the first time since COVID was declared a pandemic by the World Health Organization (WHO). The ratio has since turned negative, and the reading is currently -5.0 percentage points. The relative strength had moved continuously lower from its high in 2008 through early 2021, but the recent reversal higher is substantial. 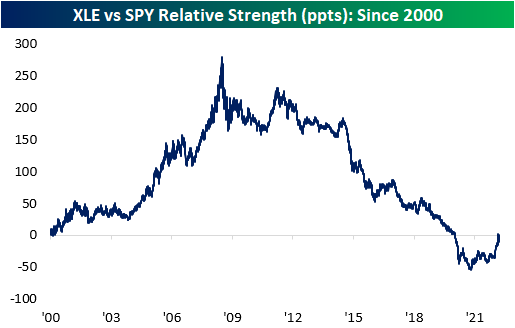 Although Energy has been strong as of late, only five of the 63 Energy sector stocks in the S&P 1500 have hit all time highs in 2022 (to be considered, the stock must have been trading for at least five years). The five stocks are ConocoPhillips (COP), Chevron (CVX), Diamondback Energy (FANG), Matador Resources (MTDR) and Pioneer Natural Resources (PXD). Below are the charts of these stocks since the turn of the century. The average stock on this list is up 41.3% on the year as of yesterday’s close, which is only slightly greater than the performance of XLE. Click here to try out Bespoke’s premium research service. 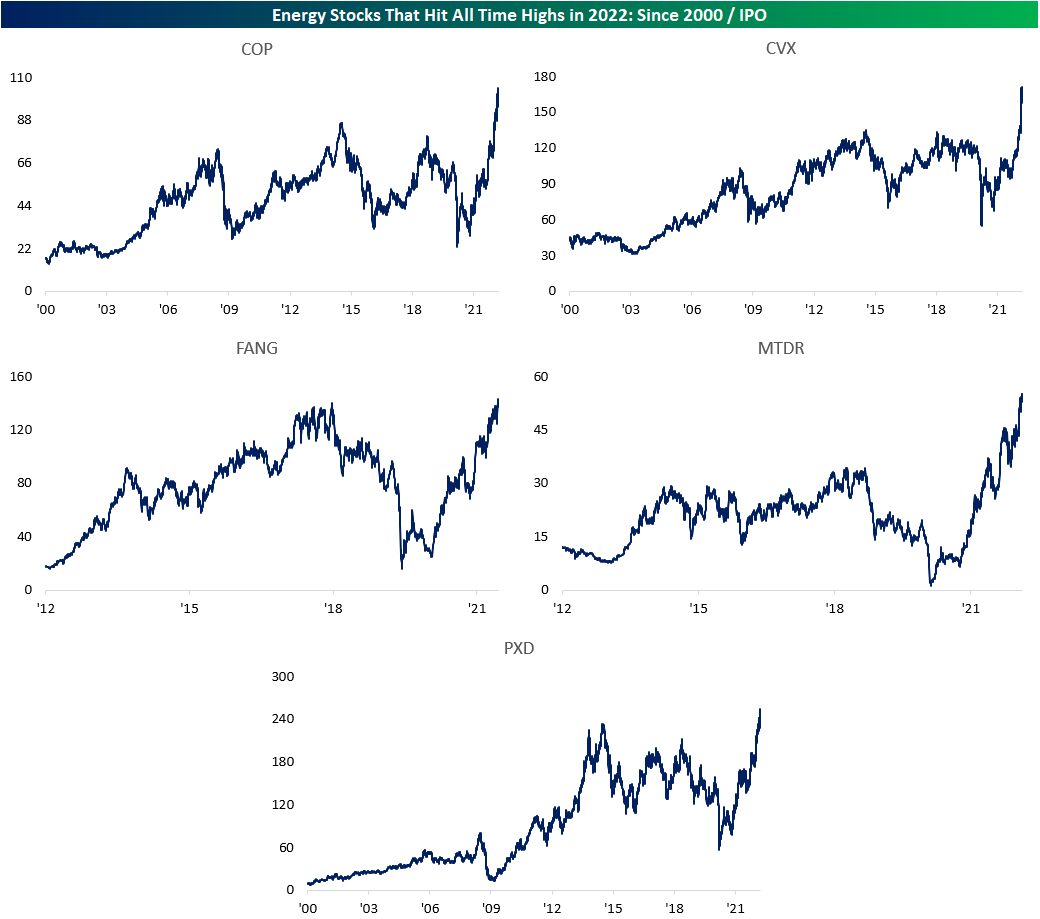