2022 Solidified as the Worst Year for Sentiment

As we noted in an earlier post, today’s release of the AAII survey gives us the final reading of the year on sentiment, solidifying a number of points as to just how dour the investor outlook has been.

For starters, the bull-bear spread heavily favors bears, and that has been the case for some time now.  As shown below, the spread has been negative (meaning a higher share of respondents are reporting as bearish than bullish) for a record 39 weeks in a row- over a month longer than the previous record which occurred recently in 2020. 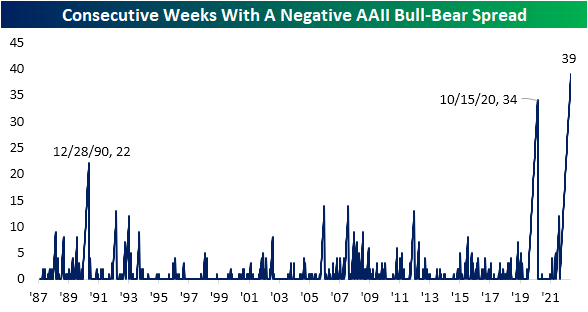 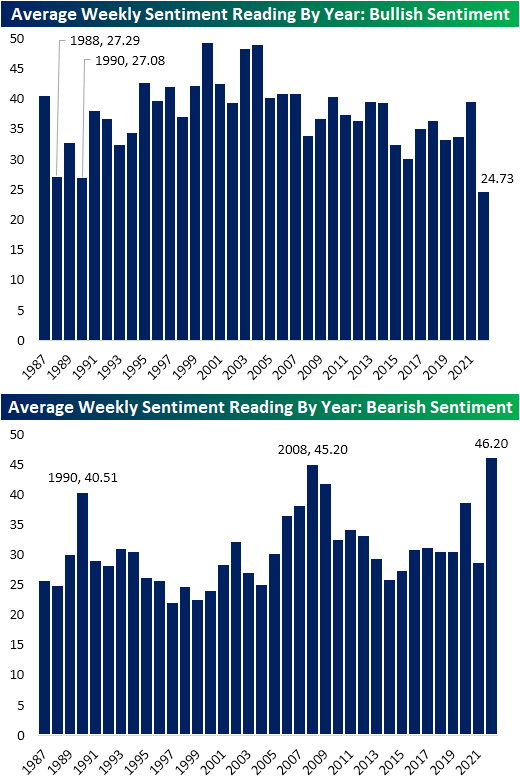 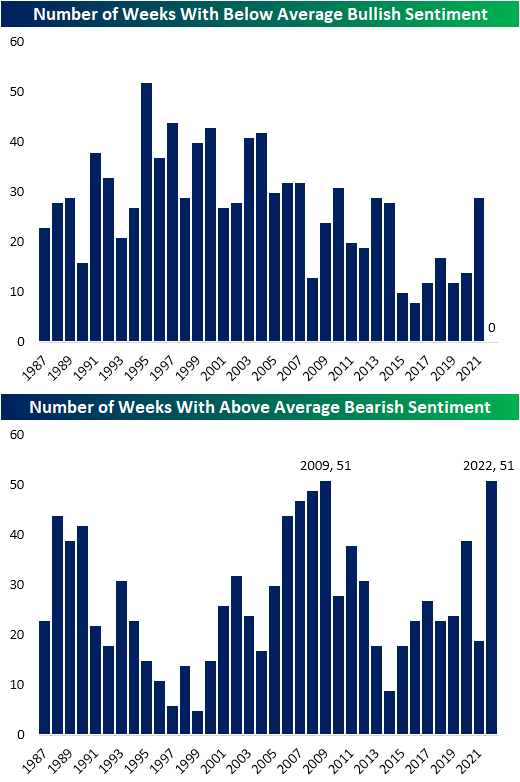 As previously mentioned, bullish sentiment averaged a reading below 25% this year. Given that reading, it should come as no surprise that 2022 also saw a record number of weeks (30) with bulls below 25%. Prior to this year, 1988 (one year after the survey began) was the prior record at 23 weeks. In other words, this year there were nearly two months more in which less than a quarter of investors reported as bullish than the previous record. Additionally, there had been 17 weeks in which over half of the responses were bearish.  Similar to the number of weeks in which bearish sentiment was above average, that ties 2008 for the record high.  Click here to learn more about Bespoke’s premium stock market research service. 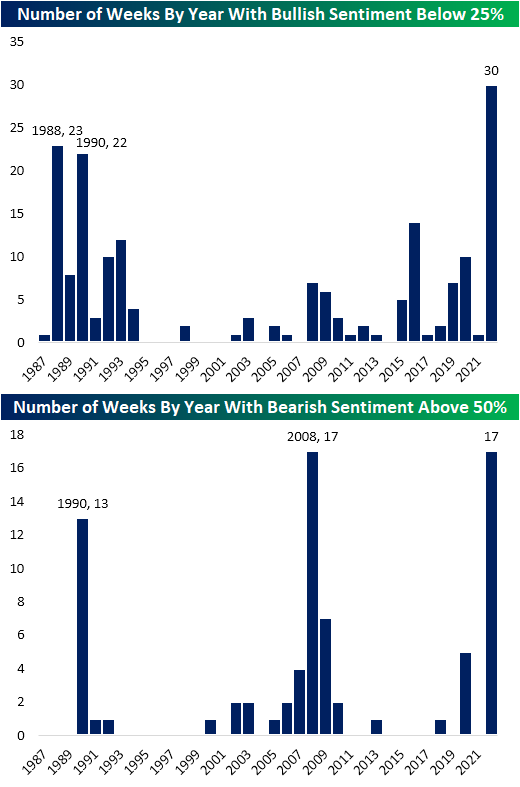