It is no secret that 2022 has not exactly been the year of the 60/40 portfolio.  This year has left nothing safe with both stocks and bonds hit hard.  Both are in the red by 10%+ on a year to date basis headed into the final week of August.  In the charts below, we show the year to date total returns of the S&P 500 (y-axis) and the year to date total returns of various ICE Bank of America bond indices (x-axis) through August for each year going back to their respective inceptions (each index began in 1973 except for high yield which began in 1987). No matter which way you cut it, 2022 has been the worst year of the past half century for stocks and bonds combined.

With the S&P 500 down a little over 12% YTD, aggregate bonds (government and corporate bonds combined) are only around one percentage point better. For the comparable time of the year, the only years that also have seen both bonds and stocks sitting on a loss through August were 1973, 1974, and 1981.  The same applies for government bonds. The corporate investment grade bond index has a bit more variety of years with stocks and bonds falling in 1974, 1981, 2008, and 2015. Again though, none of those other years have seen as sharp of a decline as 2022, and the S&P 500’s drop in the same time also ranks as one of the worst. 2022 is the only year that the high yield bond index has fallen simultaneously with stocks, however as we noted earlier, it does not have as long of a history as those other categories. Click here to learn more about Bespoke’s premium stock market research service. 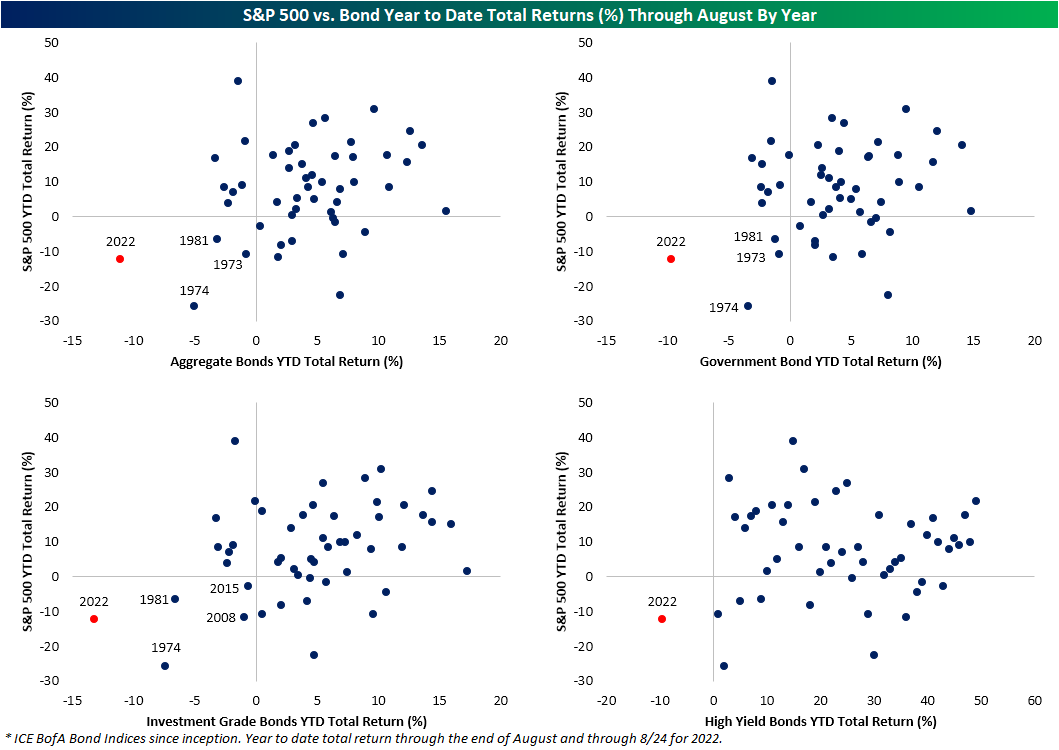