As we noted in a post on Thursday, the latest data from the weekly AAII survey showed bearish sentiment cross back above 50% while bullish sentiment is back below 25%.  With further pessimistic readings, this year is on pace to be one of the worst years on record for investor sentiment as measured by that survey. Below we show the average reading for bullish and bearish sentiment by year as well as how many weeks during each year those readings were below 25% and above 50%, respectively. In a nutshell, 2022 has been a year popular with the bears.

With bullish sentiment having averaged a reading of only 24.22% in 2022, it is below the previous runner-up and record low of 27.29% and 27.08% in 1988 and 1990.  That low average is thanks to twenty weeks so far this year where bullish sentiment has been below 25%. With four months to go in the year, this year would only need to see one more month with such a reading in order for 2022 to become the year that most often saw less than a quarter of respondents report as bullish.

Conversely for bearish sentiment, 2022 has averaged a reading of 45.87%, slightly above the previous record of 45.2% from 2008.  Slightly different from bullish sentiment, however, by the end of the year there will need to be almost two more months of bearish sentiment readings above 50% to take out the 2008 record.  Currently, this year is closing in on 1990 when there were 13 weeks in which over half of respondents reported pessimistic sentiment.  Click here to learn more about Bespoke’s premium stock market research service. 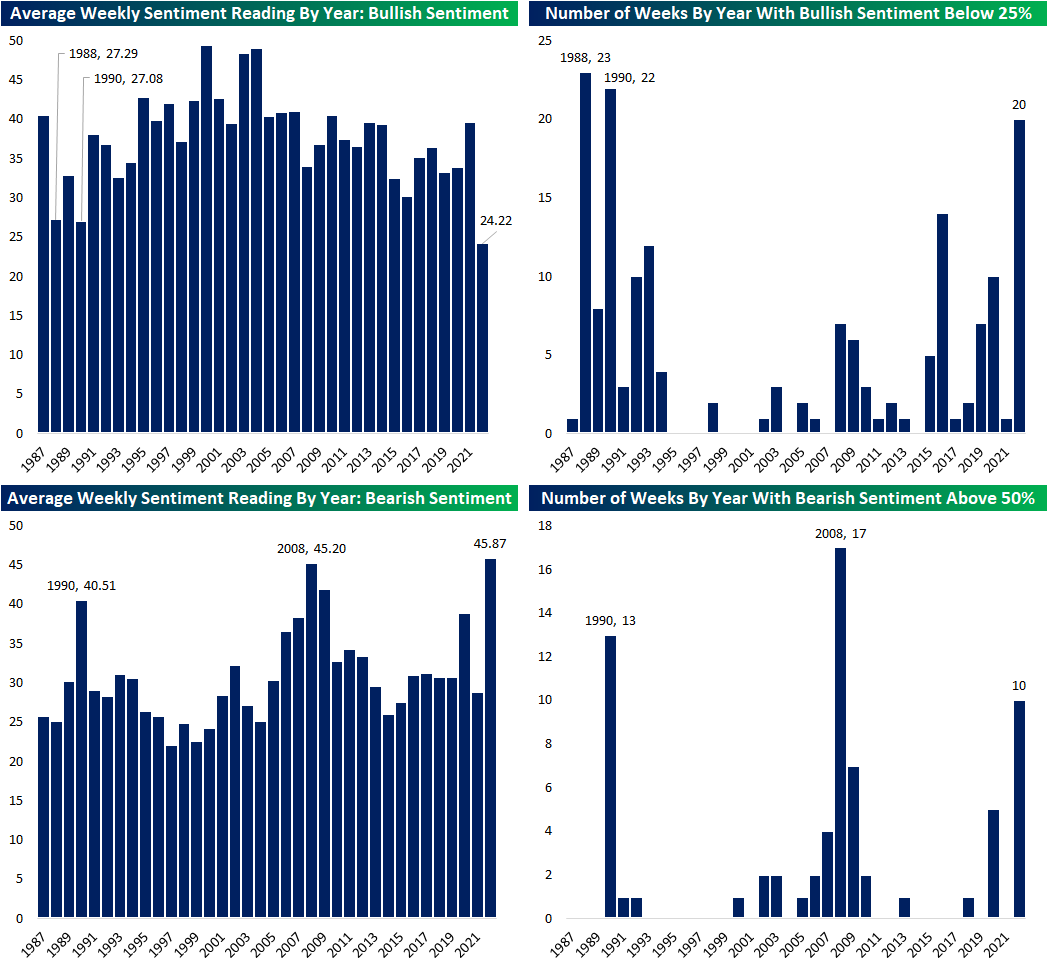