Thematic ETFs like those centered around clean energy and IPOs were some of the biggest winners in the ETF space in 2020, but 2021 has been the polar opposite for these same names. From the start to finish of 2020 the Invesco Solar ETF (TAN) rallied 233.64% while the broader iShares Global Clean Energy ETF (ICLN) also gained an impressive 140%. This year, though, both have been under pressure falling 25.3% and 22.1%, respectively. The worst of those declines happened in February whereas most of the time since early March has seen them stuck in a bit of consolidation.  At the end of April, there were unsuccessful attempts to break back out above their 50-DMAs, and the subsequent legs lower off of those moving averages has led to breaks below the longer-term 200-DMAs this week.

While not in the clean energy space, the Renaissance IPO ETF (IPO) has traded similarly. After more than doubling in 2020, IPO has dropped 9.13% year to date and is also moving below its 200-DMA today.  Cathie Wood’s popular ARK Innovation ETF (ARKK) has fallen a similar 9.31% this year after rallying almost 150% last year.  While it hasn’t closed below it yet, it too is testing its 200-DMA in the wake of a recent failed attempt at moving back above its 50-DMA.  For each of these ETFs, this week is marking the first close below or meaningful tests of their 200-DMAs in almost a year.  Click here to view Bespoke’s premium membership options for our best research available. 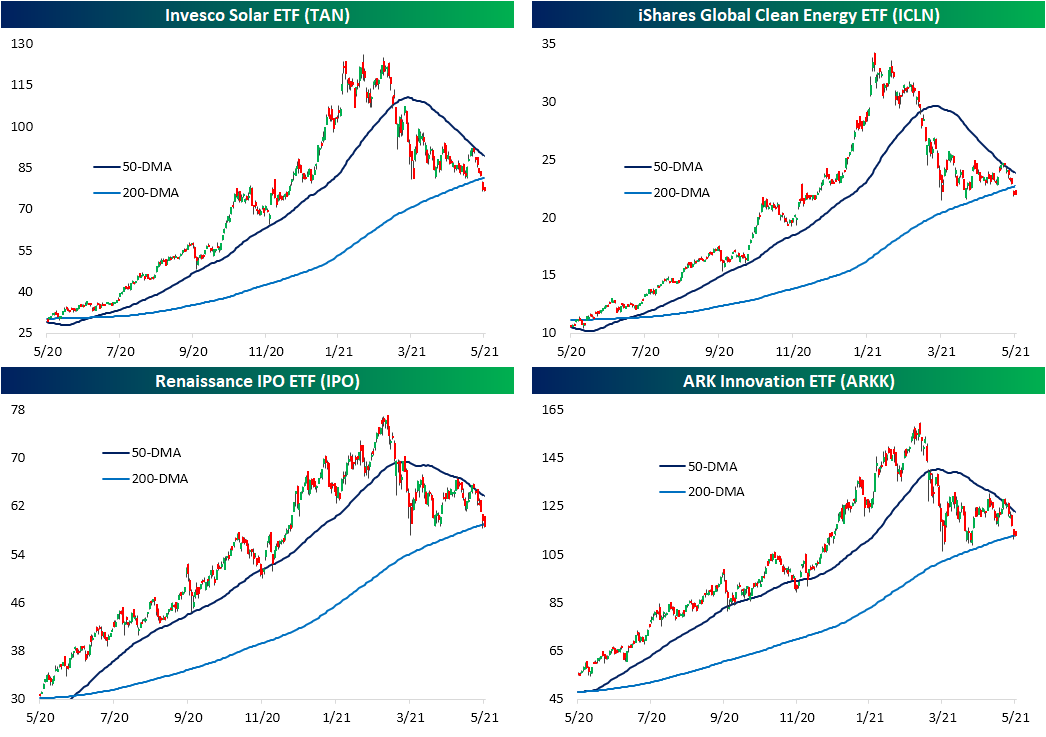