Initial jobless claims fell for a fifth consecutive week down from 3.839 million last week to 3.169 million this week. While that is still extremely high by historical standards, that is the lowest print since jobless claims starting printing more than a million in late March. In other words, a massive number of people are continuing to file for unemployment insurance, but the pace of increase has slowed down with the peak in the rearview for the time being.

On a non-seasonally adjusted basis, this week was only the fourth consecutive decline with claims now down to 2.849 million. As with the seasonally adjusted number, this week’s print was the smallest of the past several weeks since claims first began to print in the millions but is still very high compared to the rest of history. 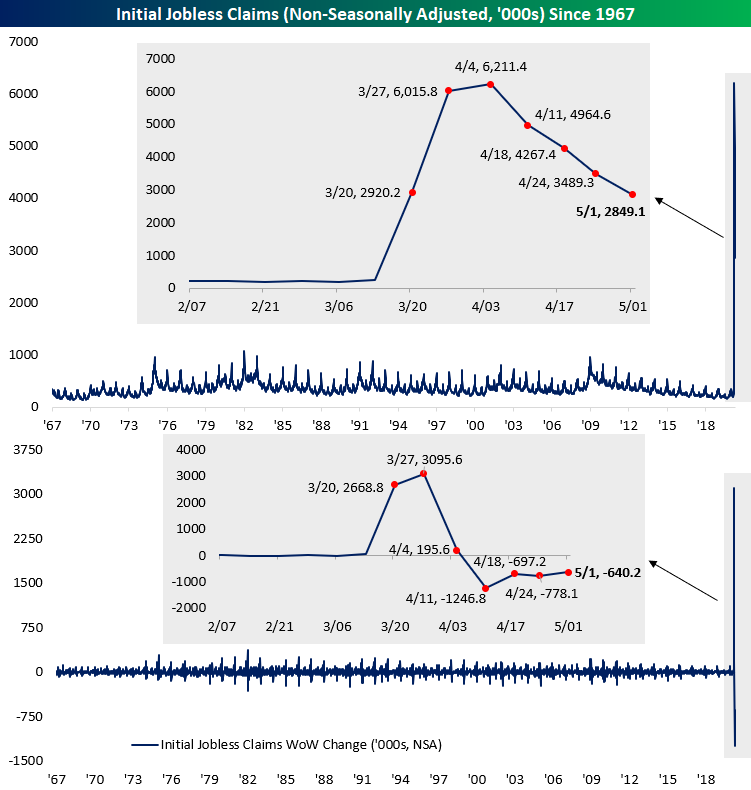 The four-week moving average has also seemed to have peaked for the time being as it fell for a second straight week.  The moving average is now down to 4.174 million compared to over 5 million last week.  While it could be expected given the massive volatility of the indicator over the past couple of months, that 859.75K decline from last week is the largest single week decline on record (second chart below). 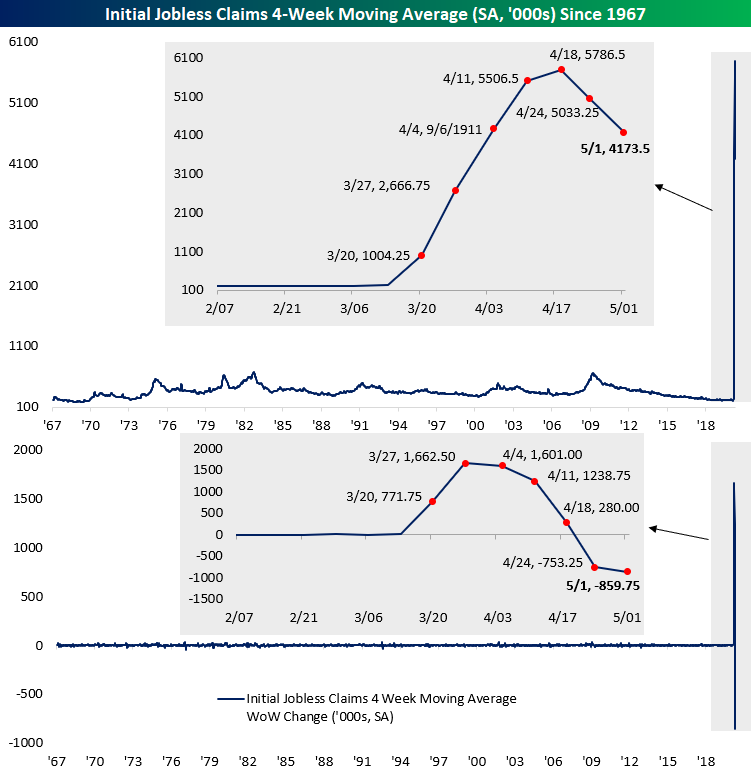 Since the March 20th print (the first one in the millions) to today, a total of 33.483 million initial jobless claims have been filed. That is more than 10% of the US population and over 20% of the labor force!. As such, continuing jobless claims (lagged by a week) came in at another record of 22.647 million this week.  Start a two-week free trial to Bespoke Institutional to access our interactive economic indicators monitor and much more.