The gains in the first half of the week lifted every sector but two—Utilities and Financials—above their 50-DMAs. Meanwhile, Health Care had even touched overbought territory (over 1 standard deviation above its 50-day) earlier in the week, making it the first sector to be overbought since late February.

When it comes to another measure we monitor, the 10-day advance/decline line, conditions are more broadly appearing overbought.  The 10-day advance/decline line measures the average number of daily advancers minus decliners in an index or sector over the last 10 trading days.  Very high readings suggest that things have gotten extended in the very near term and downside mean reversion can be expected.  Very low reading suggest the opposite.

The 10-day A/D lines for sectors have been pretty strong recently indicating broad participation in the rally, but this has led these readings to become elevated indicating conditions may be running a bit too hot in the near term.  Outside of the defensive sectors like Consumer Staples, Utilities, and Real Estate, every sector’s 10-day A/D line has been in overbought territory at some point over the past week. The same can also be said for the 10-day A/D line for the S&P 500.  We’d note, though, that while A/D lines are extended, they’re not at extreme levels seen at other points over the past year.  Start a two-week free trial to Bespoke Institutional to access our Sector Snapshot report and much more. 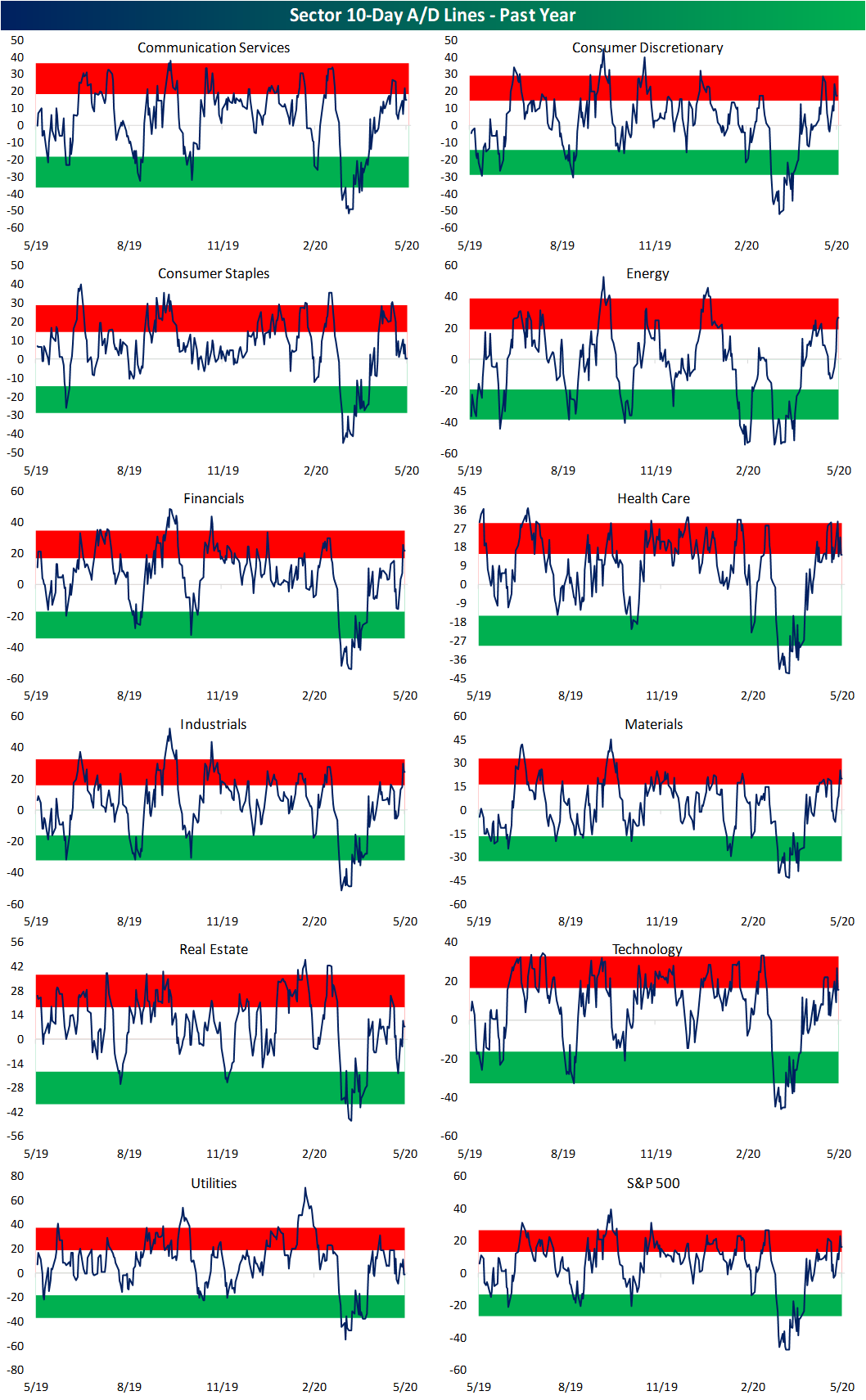